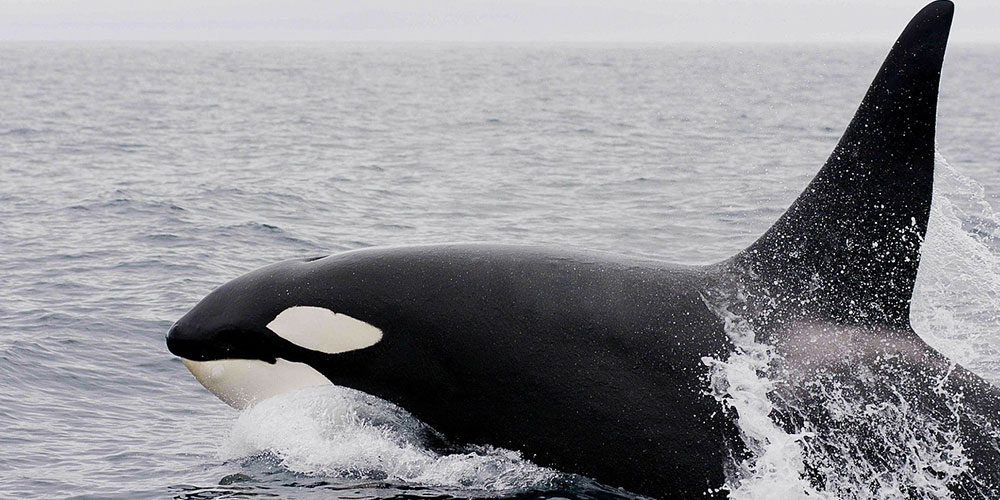 The Grief of a Mama Killer Whale

Many of you probably heard about the news story recently that followed a mother Killer Whale as she carried her dead calf for an unprecedented 17 days.  Researchers have been keeping tabs on a group of endangered killer whales in and near British Columbia. The 30 year old Southern resident killer whale (orca) gave birth to a calf on July 24 who died shortly after. The mother carried her calf over 1,000 miles through the ocean.  For seventeen days she refused to let go of her baby and carried and pushed the calf along with her pod.

Orcas are extremely smart mammals. Not only are they very social animals who communicate and remain connected to their family and friends their whole life, but researchers and those who have worked with the amazing sea creature have long believed they experience emotions.  This recent story seems to give further proof to this idea. The orca carried her dead calf in what seemed to be a show of grief. She refused to let go of her baby even as it started to decompose.

In a lot of ways this momma Orca is all of us.  She grew the baby inside of her for up to 18 months. During that time the calf was alive and she was able to protect it with her own body.  These Orcas are endangered and there are only 75 that remain in the pod. The waters have become polluted and the Salmon have become scarce. It is a struggle for the adults to stay alive much less to maintain calfs. This one was the first live birth in over three years.

Humans have long had connections with animals. Many would say that animals like cats and dogs connect with us emotionally and have feelings. We know when they are happy or sad. With these household pets it is often a reaction to getting a snack they like, fetching a ball or getting their belly rubbed,  When it comes to Orcas they have massive brains that have a lot of similarities to human brains specifically in the areas that produce language and emotion.

This mama Orca could feel the life inside of her. For those 18 months, she may have carried a hope of new life that had not been felt for some time.  When her calf was born and began to swim the joy must have been a spectacle. Within 30 minutes though her joy turned to anguish when the calf no longer swam. It is as if she did not want to believe that her baby was gone. She continued to carry the calf for 17 days over 1,000 miles.  Sometimes as humans when we lose someone we love it is hard to let go of the physical body as well. Something tangible of the life and person we love.

Eventually the Orca did leave the body as it surely sunk to the bottom of the sea. The letting go seems to be just as heartbreaking as the 17 days of pure grief.  Maybe you can relate to the impulse to not want to let go of your deceased loved one. You aren’t quite ready to move on. You may feel the need to figuratively carry around the grief of your loss. To show others that you are wounded and sad. That you are not your normal self. It is okay to take your time in your grief. Let yourself mourn in whatever style or speed you need to.

After the calf was finally released by it’s mother, researchers say that the adult Orca was rather playful. She had held onto her baby and continued to carry it as long as she needed to. But when it was time, she let go. One can imagine that the mama Orca knew deep down inside that her baby would remain with her wherever she goes and they will always swim the sea together.