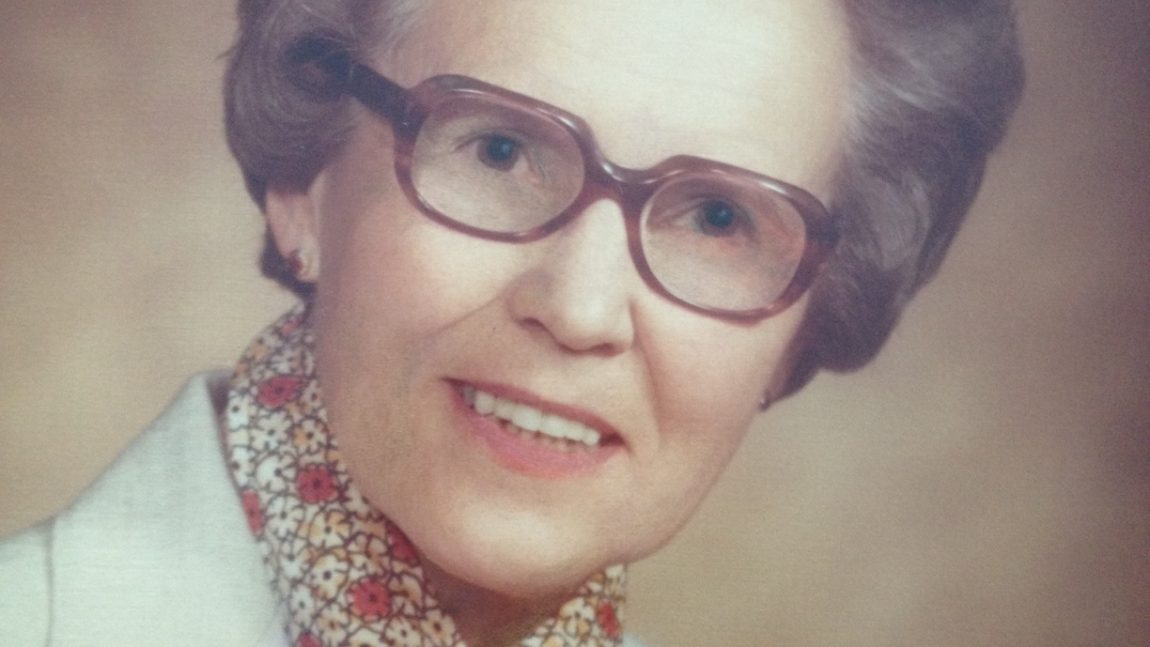 Winifred G. Leifgren, age 97 of River Falls and formerly of Fredric, WI, died on Wednesday, January 16, 2013 at Comforts of Home in River Falls.  Winifred was born the daughter of Oscar and Elizabeth (Zugschwerdt) Harris on May 19, 1915 in Mora, MN.  She grew up in Mora and was a graduate of Mora High School.  She attended teachers college, and taught country school in rural Mora and Ogilvie, MN.  On July 2, 1938 she married Leonard A. Leifgren.  Winifred continued to teach until their first child, then she stayed at home and raised their family.  Leonard’s career took the family to a number of small towns in Minnesota and Wisconsin, eventually winding up in Fredric, WI where Leonard was the president of the Farmers State Bank.  Winifred was always an active member in the churches that they belonged to.  She enjoyed gardening, teaching, traveling, and spending time her family.  She was a wife, mother, and grandmother first, always treating others with kindness and compassion.  Winifred was a strong, self-sufficient woman who taught her children to get a good education and be able to stand on their own two feet.  She is preceded in death by her parents, Oscar and Elizabeth Harris; husband, Leonard Leifgren; and siblings, Hilmer Harris, Orville Harris, Mabel Hinrichs, and Martin Harris.  Winifred is survived by her children, Joyce Young, Marilyn (Dan Dutton) Leifgren; grandchildren, Matthew (Cate Heaven) Young, Kenneth (Lisa) Dutton, Yunge Dutton; great-grandchildren, Natalie Dutton, Hallie Dutton; sister, Ruth Jones; and many nieces, nephews, relatives and friends.  A Funeral Service was held on Sunday, January 20, 2013 at 2 pm at the Bakken-Young Funeral Home in River Falls.  Visitation was also on Sunday from 1-2 pm at the funeral home.  Interment was in Greenwood Cemetery.  In lieu of flowers, memorials may be directed to the Leonard and Winifred Leifgren Scholarship at Augsburg College.  Arrangements are with Bakken-Young Funeral & Cremation Services of River Falls.