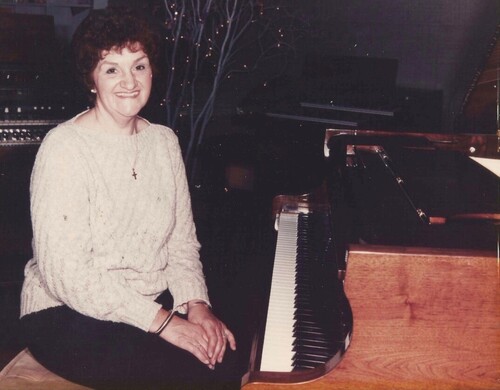 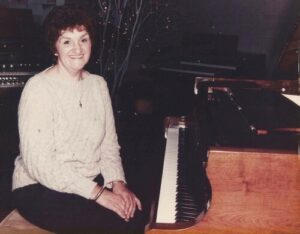 Wilma “Willie” Kosar, age 89 of River Falls, WI and formerly of Antioch, IL, died on Tuesday, January 10, 2023 at home in her apartment in Wellhaven Senior Living. Willie was born the daughter of Max and Pauline (Walter) Thieme on May 19, 1933 in Oak Park, IL. She grew up in Elmwood Park and graduated from Steinmetz High School with the class of 1951. Willie was married to Tom Dyson on March 29, 1952. Tom was in the Army and Willie spent time with him in Germany while he was stationed there. When they were back from Tom’s service, they settled in Lake Villa, IL and started a family (Tom, Jeff, and Tami). Willie did the bookkeeping for their fuel oil business, septic service, and landscape business. They later moved their family to Antioch, IL. During that time, Willie and Tom were also foster parents to 7 babies and children. Willie loved horses and shared this passion with her daughter, Tami. Willie was a horse-show mom for quite a few summers! She was also a volunteer for the Illinois Hooved Animal Humane Society. Willie also bred and showed Persian cats for several years during this time. She and Tom bred and raised Labrador Retrievers, which Tom used as working hunting dogs. Plants thrived under the care of Willie’s green thumb; she specialized in raising African Violets and bringing other people’s ‘almost dead’ houseplants back to life. After the kids left the house, Willie began teaching piano lessons and hosting annual recitals for her students. Willie first began playing piano at age three and teaching piano lessons became her passion for over 40 years. Willie expressed herself through the piano; she played beautifully and emotionally, sometimes singing along to a tune and pausing her playing to dance with a dog or cat. Tom died in 1986 after 33 years of marriage. In 1992, Willie married Milt Kosar. They traveled together and enjoyed exploring the Western U.S. Milt died in 2016 after 24 years of marriage. In 2017, Willie moved to River Falls, WI to be close to her daughter. Willie also enjoyed ceramics, art, thrifting, and her gardens. Willie was a strong willed, passionate woman with a mischievous sense of humor. She was a particular and classy lady who will be missed by her family and friends.
Willie is preceded in death by her parents, Max and Pauline Thieme, and her Uncle, Julius Thieme; husbands, Tom Dyson and Milt Kosar; son, Jeff Dyson and step-son, Dennis Kosar. Willie is survived by her son, Tom (Maria) Dyson; daughter, Tami (David) Gregg; grandchildren, Tiff Dyson, Tobie (Luke) Mammen, Rachel Dyson, Jo Dyson, Amy Dyson, Kelly (Keith Behrman) Gregg, Brian Gregg, Emily (Zach) Forcade; great-grandchildren, Olive Behrman-Gregg, Bennett, Oliver and Cordelia; and Milt’s children, grandchildren and great-grandchildren. A Celebration of Willie’s Life will be held on Friday, June 9, 2023 at Tami and David’s home. Memorials may be directed to Second Chance Animal Rescue, White Bear Lake https://secondchancerescue.org/. Special thanks to the Wellhaven Assisted Living and St. Croix Hospice staff. Arrangements are with Bakken-Young Funeral & Cremation Services.