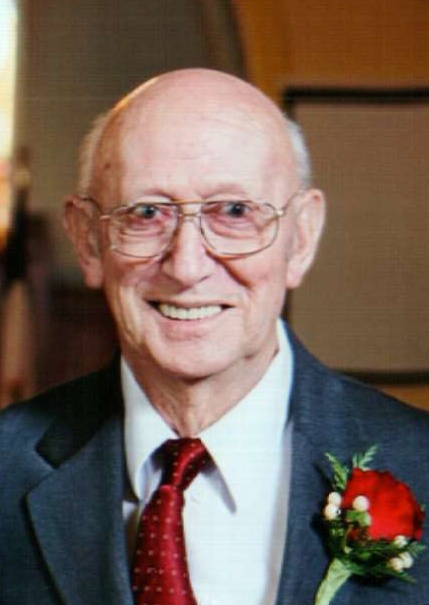 William “Bill” James Bates, 81, of Pepin died Thursday, April 28, 2016 after a brief illness with cancer.  He was born February 12, 1935 to William and Kathryn (Armato) Bates.  On September 26, 1953, he married Mary McDonald.  He wore many “hats” over the years, including mechanic, an excavating business, electrician, bar owner and heavy equipment operator.  He eventually traded them all in for a fishing hat, the “hat” he loved the most.  Bill will be remembered as a man who could fix anything and for his willingness to lend a helping hand.  His family will always remember a wonderful and loving father, grandfather and a good friend to his “fishing buddy”, Gene.  Bill was preceded in death by his parents; wife, Mary (May 23, 2010); sons-in-law, Keven Nelson and Phillip Dugger; 1 sister; brothers-in-law and sisters-in-law.  He is survived by his children, Nancy and Chuck Byington of Longmont, CO, Vicki Nelson and Rich Kos of Stockholm, WI, Betty and Mike Westberg of Prescott, WI, Kathryn and Robert Ebben of Eau Claire, WI; son-in-law, Dennis Anderson of McMinnville, TN; 7 grandchildren; 13 great-grandchildren; 6 sisters; 1 brother; many nieces, nephews, 2 aunts; sisters-in-law and brothers-in-law.  A memorial service will be held Saturday, May 14, 2016 at 11:00 am at Bakken-Young Funeral Home in Maiden Rock with visitation one hour before the service.  A reception following the service will also be held Saturday from 12:30-4:30 at the Pepin Lions Club (300 8th St.).  Private interment will be in Oakland Cemetery in Stockholm.  Arrangements are with Bakken-Young Funeral & Cremation Services of Maiden Rock.