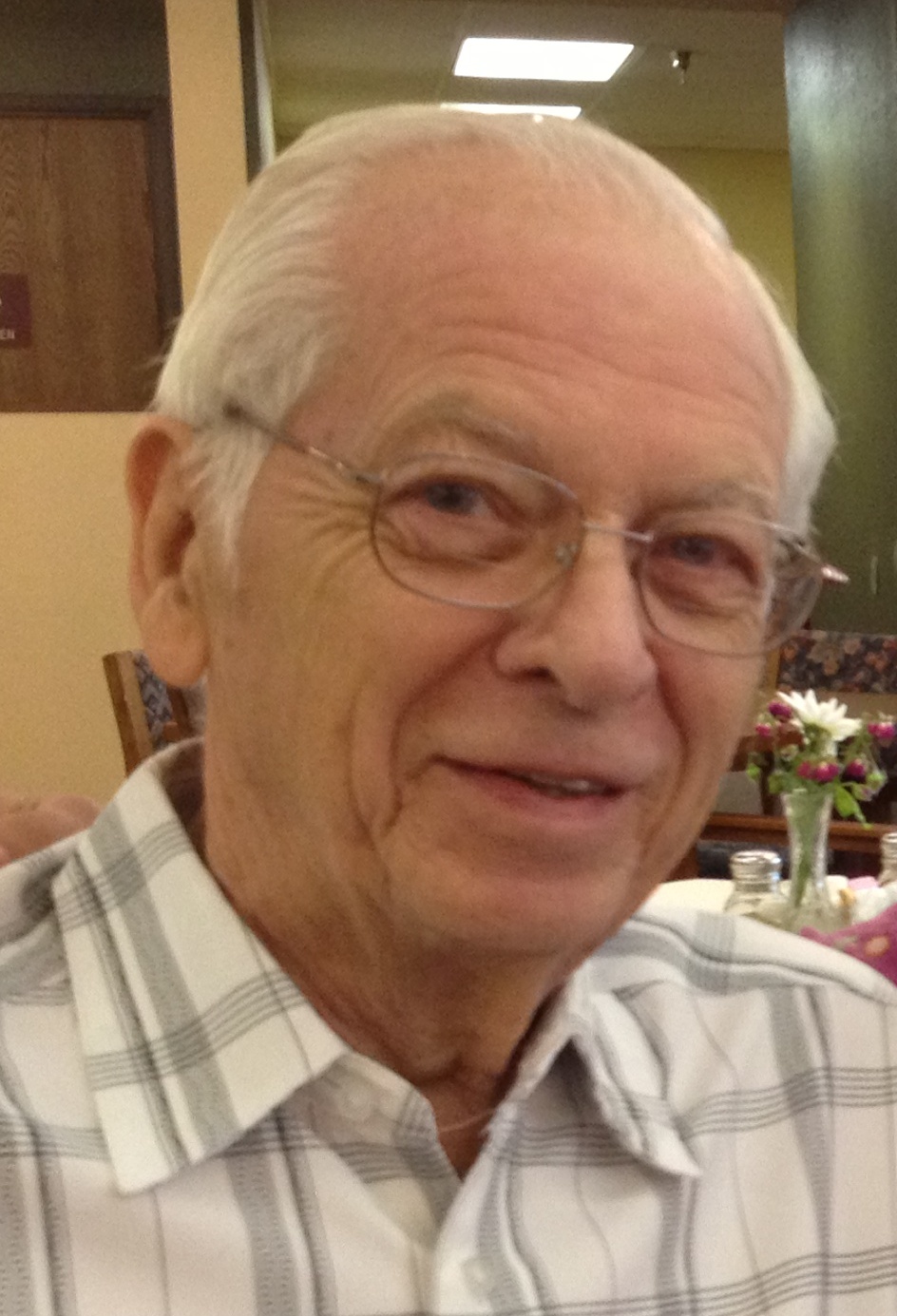 William R. Barker passed away at the age of 86 on Tuesday, March 31, 2015 at the Lutheran Home after a brief hospitalization.  A life-long resident of River Falls, he married Joy Schryver (1950), and they were blessed with two children, David (1952) and Barbara (1960).  Bill was known for his way with cars, and served as the Parts Manager at Moody’s car dealership until his retirement.
Bill loved to fly and was a charter member of the River Falls Flying Club. He also enjoyed traveling, whether camping in Alaska or traveling through Germany.  He was also an avid photographer. After Joy’s death in 2002, he married Marguerite Hoffman in 2003.
Bill is preceded in death by his parents, William R. and Olga Margrethe (Christoffersen) Barker; wife, Joy; sister, LaVerne; and an infant daughter.
He is survived by his wife, Marguerite Barker of River Falls; son, David (Carole Kelly) Barker of Birmingham, AL; and daughter, Barbara (Jim) Bjork of St. Paul, MN.
A memorial service was held Tuesday, April 7, 2015 at 11:00 am at First Congregational United Church of Christ in River Falls.  Visitation was also Tuesday from 10-11 am at the church.  Interment was in Greenwood Cemetery.  In lieu of flowers, memorials may be made to First Congregational United Church of Christ (110 N 3rd St.) River Falls or the River Falls Public Library (140 Union St.).  Arrangements are with Bakken-Young Funeral & Cremation Services of River Falls.