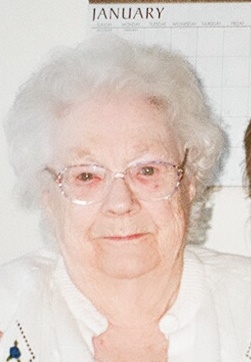 D. Virginia Griffey, 90 passed away at the Kinnic Long Term Care Center on Tuesday, January 25, 2011, after a short illness.  She was born to Lawrence and Etta (Hanson) Biller on June 5, 1920 in Glen Flora, WI where she grew up and went to school.  She graduated from Tony High School and attended what is now known as University of WI-River Falls where she earned a three-year teaching certificate.  Virginia taught third and fourth grade one year in Tony, WI before marrying Gordon Griffey of River Falls, WI.  They were married on May 28, 1942.  Gordon and Virginia farmed in the Town of Kinnickinnic.  Gordon and Virginia traveled in their RV and were members of the local chapter of Good Sam Club Kinni Kampers.  They spent winters in Florida and enjoyed time at their lake home in Amery, WI.  Virginia had many passions one of which was spending time with grandchildren and great grandchildren.  She also mastered watercolor and oil painting.  She wrote children’s stories, poems many were published throughout the years.  She had a book of children’s poems published in 2009.  She also loved to cook and experiment with recipes.  She was active in founding the Kinnickinnic Historical Association to preserve the Kinnickinnic Church.  Virginia was preceded in death by her parents; husband, Gordon; son, Richard; sister, Barbara (Cecil) Johnson; and infant brother, Jack.  She is survived by her son, Dale (Rita Owens) of River Falls; daughters, Janet (Dale) DeCraene of River Falls; Marian (David) Hoffman of Marysville, WA, Jeanne (Arie) Levy of Israel; six grandchildren, Angela (Chet) Soule, Brook (Paul) Riemer, Eric Griffey, Kenneth (Angela) Griffey, Lorilee Levy and Brian Levy.  She is also survived by step grandchildren, Michael Zidema and Shanna (Ronnie) Robinson; six great grandchildren; sisters, Betty (Wald) Hoefer, Jean (Patrick) Mulleady, Lorraine (Buford) Eskew; many nieces, nephews and close friends.  A funeral service was held Friday, January 28, 2011 at 11:00 am at Bakken-Young Funeral Home in River Falls.  Visitation was also Friday from 9:30-11:00 am before the service.  Interment was in Greenwood Cemetery.  Memorials are preferred.  Arrangements were with Bakken-Young Funeral & Cremation Services of River Falls.