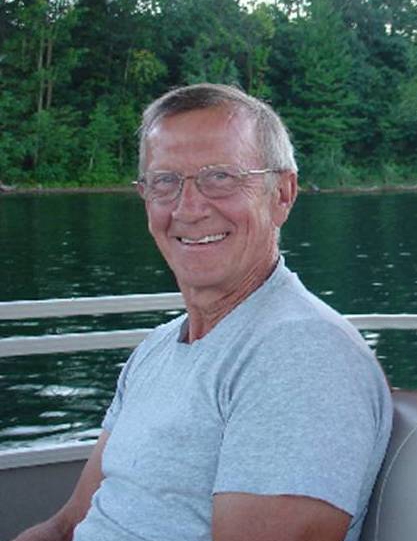 Thomas H. Smith, age 64 of Burkhardt, Wisconsin, died from cancer on Wednesday, January 19, 2011 at The Gathering of Boutwells Landing in Stillwater, Minnesota.  Tom was born the son of Ernest and Crystal (Brunner) Smith on January 18, 1947 in Stillwater, Minnesota.  He attended school in Burkhardt and Hudson.  He worked at the Bass Lake Cheese Factory in his teens before going to work at Andersen Windows.  He spent 30 years there.  Tom also farmed through all those years with his brother Sherm.  He enjoyed the last 14 years of retirement doing what he loved most, helping people. Tom loved to help with landscaping and carpentry projects, or just about anything that needed to be fixed.  He was a genuine “jack of all trades”.  He enjoyed snowmobiling trips with his family, driving his 4 wheeler, and running the wheels off his pickup.  Tom was a hard working, caring person, who wouldn’t hesitate to give you the shirt off his back.  He is preceded in death by his parents, Ernest and Crystal Smith; and his brother, Ed Smith.  He is survived by his son, David (Janelle) Smith; brother, Sherm Smith; sister-in-law, Ellen Smith; nieces, Penny Smith, Mandy (Fabio) Salazar, Wendy Smith; nephew, Keith (Mary) Smith; and many friends.  A Funeral Service was held on Monday, January 24, 2011 at 11 am at First Lutheran Church in New Richmond.  Visitation was held on Sunday, January 23, 2011 from 4-8 pm at First Lutheran Church and on Monday from 10-11 am.  Interment was in Willow River Cemetery in Hudson, WI.  Arrangements are with Bakken-Young’s Beebe Mortuary of New Richmond.