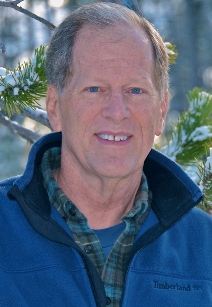 Terry L. Willson, age 61, of New Richmond, died unexpectedly on Sunday, February 26, 2012. Terry was born the son of Edward and Alice (Graham) Willson on May 12, 1950 in Tulsa, Oklahoma. He grew up in Oklahoma City, graduating in 1968 from Northwest Classen High School. He was a member of the ROTC and graduated from Oklahoma State University in 1972. On May 19, 1973 Terry was married to Nancy Aspenson in Oklahoma City. He served in the Army from 1973-1975 in Germany, then returned to Oklahoma State and earned his Master’s Degree. They moved to River Falls in 1976. Terry worked for the University of Wisconsin – River Falls from 1976-2007 in Residence Life. In 1978 they moved to New Richmond, and he was a longtime member of the River Falls Lions Club and the New Richmond United Methodist Church, serving on numerous committees. Terry was an avid photographer and world traveler; he was a cook, wine enthusiast, and movie and theater buff. He enjoyed fishing and loved being a grandfather. Terry was witty and generous and a quiet, stable presence to many. He did everything with his wife and best friend, Nancy. Terry lived his life to the fullest and without regrets, and his family is finding comfort in knowing he left nothing unsaid. Terry is preceded in death by his parents, Edward and Alice Willson and brothers, Richard and Darrell Willson. Terry is survived by his wife, Nancy Willson; children, Brian Willson and Molly (Brian) Willson Lahr; grandchildren, Jack Willson, Gracie Lahr, Greta Lahr, and Elin Lahr; brother, Kenneth (Terri) Willson; sisters, Anita (Gerald) Coast and Mary (Paul) Atkisson; and many nieces and nephews. A Memorial Service was held on Friday, March 2, 2012 at 11 am at the New Richmond United Methodist Church. Memorial Visitation was held on Thursday, March 1, 2012 from 4-8 pm at the New Richmond United Methodist Church and on Friday from 10-11 am also at the church. Memorials may be directed to the New Richmond United Methodist Church. Arrangements are with Bakken-Young Funeral & Cremation Services Beebe Chapel of New Richmond.