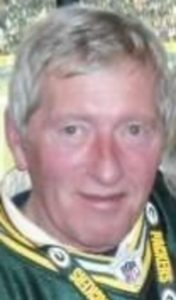 Terry Naser, age 68, of New Richmond, died Friday, April 24, 2020 at Regions Hospital in Minnesota. Terry was born the son of Wayne and Lorraine (nee Woods) Naser on September 27, 1951 in Lake Mills IA. He attended New Richmond High School. Following high school, Terry worked for Anderson Windows for 37 years. Terry was married for 49 years to his loving wife, Sheryl Quist. He was an avid Packers fan and loved traveling. Terry worshipped his grandchildren and loved playing golf and cards. He enjoyed talking and drinking coffee with his coffee group. Terry was a dedicated hard worker who was generous, kind, and quite the joker. He gave everyone a nickname.
Terry is preceded in death by his parents, Wayne and Lorraine and brother, Gary. His is survived by his loving wife, Sheryl; children, Jeramie (Lisa), Trisha (Steve) Keilen, and Matt; grandchildren, Brooke and Ellie Keilen, and Olivia and Reid; siblings, Dave (Ardell), and Jan (Gene) Wienke; and many nieces, nephews, relatives, and friends. A celebration of life will be held at a later date. Arrangements are with Bakken-Young Funeral & Cremation Services.