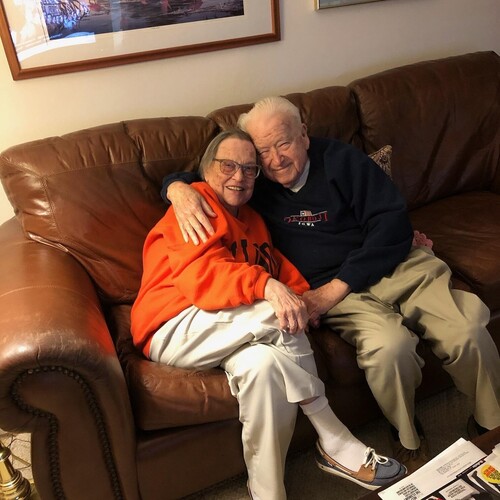 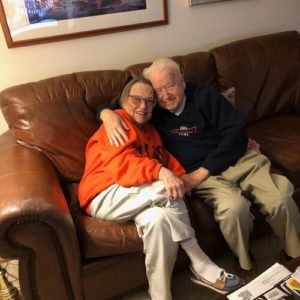 A Memorial Service for both Richard and Doris Sublette will be held on Saturday, June 12, 2021 at 11 am at Bakken-Young Funeral & Cremation Services 805 E Division Street River Falls, WI.  Please wear orange and blue.  Visitation will also be on Saturday, June 12, 2021 from 10-11 am at the funeral home.  A reception will follow at Larry and Lucy’s home.   Arrangements are with Bakken-Young Funeral & Cremation Services. 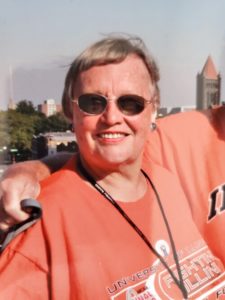 Doris Lulcille (Moore) Sublette
April 11, 1934 – Jan. 4, 2021
On January 4, 2021 Doris Lucille (Moore) Sublette, 86, drew her last breath at 6:45 am and became the latest angel in heaven.
She recently moved to Prescott, Wisconsin from Tallahassee, Florida and had also resided in Champaign, Illinois and Santa Monica, California.
A memorial service will be held at a later time. Memorial gifts may be made to your favorite organization.
Doris was born on April 11, 1934, in Belvidere, Illinois, the first child of Raymond and Mildred Moore. She grew up in Belvidere with her two younger sisters. As a graduate of Belvidere High School, she attended Park College in Missouri. She transferred to the University of Illinois, Champaign, and in January 1956 received her Bachelor’s degree from the College of Liberal Arts and Sciences where she was initiated into Phi Beta Kappa and Phi Kappa Phi, scholastic honoraries. She later earned a master’s degree in library science at the University of Illinois.
Doris married Richard H. Sublette on January 27, 1957 in Belvidere. He survives along with her daughter, Dawn Lucille Sublette-Martinez and her husband, Larry, of Prescott, Wisconsin; her son-in-law Robert Peyton of Spirit Lake, Iowa; and her sister, Glenda Bahling (Robert) of Belvidere, Illinois. Also surviving are her grandchildren: Warren (Amanda) Peyton and their children, Connor and Keagan; Moriah (Jimmy) McKenna and their daughter, Genevieve; and Myles of Spirit Lake, Iowa. She also leaves many nieces and nephews. Preceding her in death were her parents and two daughters: April who died in 1960 and Melody Sublette Peyton who died in 2019. Her sister, Janice, also preceded her in death. Doris worked in social services early in her career and continued her professional life in library services. She was employed in departmental libraries at the University of Illinois before moving to the University of California, Los Angeles campus. She later moved to Tallahassee Florida, where she completed her library career at the Florida State Environmental Protection Office. Doris always viewed her library work as a service to others.
With her quiet and unassuming demeanor, Doris endeared herself to family and friends. She was a caring, supportive woman who was willing to listen to and support others. Wherever she lived, she participated in activities of the local United Methodist Church. Over the years, she enjoyed reading groups, playing cards, theater, movies, dining out, and serving as an election judge.
Her passion was reading and learning. She had a book or magazine in her hands whenever she sat down. She devoured her books and then shared them with friends. During retirement, she participated in the classes and activities of the program for seniors at Florida State University.
Doris was greatly loved and will be greatly missed.
Bakken-Young Funeral and Cremation Services is serving the family. 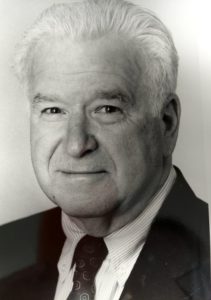 Richard Horace Sublette
April 3, 1934 – March 23, 2021
On March 23, 2021, Richard Horace Sublette passed away at 9p.m. and became the latest Angel in heaven. He recently moved to Prescott, Wisconsin from Tallahassee, Florida and also resided in Champaign, Illinois and Santa Monica, California.
A memorial service will be held at a later time, due to Covid 19 precautions. Memorial gifts may be made to American Cancer Society or Alzheimer’s Association.
Richard was born April 3, 1934, in Homewood, Illinois, the 4th child of Horace and Genevieve Sublette. He grew up with 3 older brothers and 1 younger sister. He graduated with a bachelor’s and master’s degree from the University of Illinois in Journalism and Broadcast Communications in the late 1950’s and early 1960’s.
Richard married Doris (Moore) on January 27, 1957 in Belvidere. They were married 64 years. He is survived by his daughter, Dawn Lucille Sublette-Martinez and her husband, Larry of Prescott, Wisconsin; His son-in-law, Robert Peyton of Spirit Lake, Iowa; his brother, Bruce Sublette, of Chicago, Illinois; his sister, Sue Coomes, of Chatsworth, California. Also surviving are his grandchildren: Warren (Amanda) Peyton and their children, Connor and Keagan of White Bear Lake, Minnesota; Moriah (Jimmy) Mckenna and their daughter, Genevieve of Sac City, Iowa; and Myles Peyton of Spirit Lake, Iowa. He also leaves many nieces and nephews. Preceding him in death were his parents, wife and 2 daughters: April, who died in 1960 and Melody Sublette-Peyton, who died in 2019. His brothers Tom and Gerry also preceded him in death.
Richard worked at Illini Media as Publisher and General Manager for 15 years. He continued his dedication to student media as Publisher of the Daily Bruin at UCLA and General Manager of the Florida State University Student Media. Richard didn’t just make a four decade career of student media, he made a career out of helping students achieve their goals and reach further then they imagined possible. He was a co-founder of College Newspaper Business and Advertising Managers, Vice President of the National council of College Publications Advisors and President of College Media Advisors.
Richard was a vibrant and outgoing person. He lit up a room. He and Doris loved to throw parties and entertain. They were known for their homecoming parties at Illinois. They had endless love for their friends and family. Richard loved photography, trains, painting, movies, dining out, and theatre. He even joined Tallahassee Little Theatre and loved acting in his later years. He was an active member of the United Methodist Church, wherever he lived. He often led the Sunday school classes.
Richard was warm, caring, funny and will be greatly missed.
Bakken-Young Funeral & Cremation Services, River Falls, Wisconsin, is serving the family.