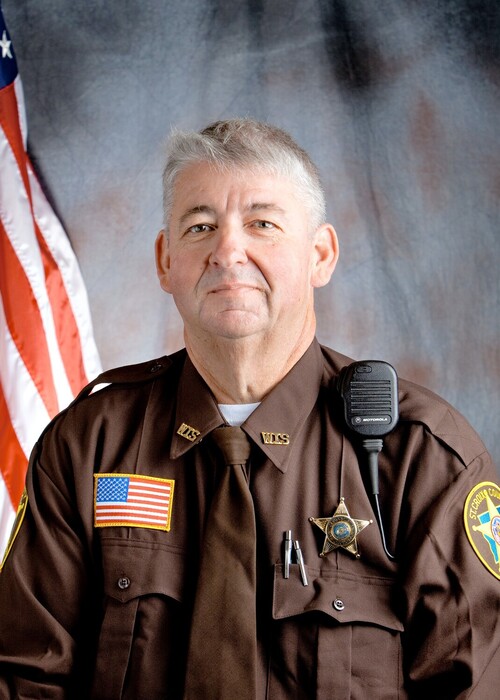 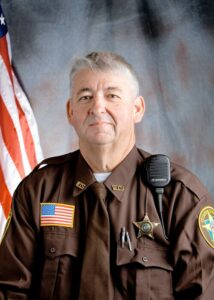 Steven Charles (Spanky) Lewis, 64, New Richmond died peacefully surrounded by loving family on October 17, 2022. Steve was born on August 18th, 1958 to Charles and Gladys (Dishneau) Lewis in Chippewa Falls, WI. He was raised and graduated high school in Glenwood City, WI. Steve was a long time police officer and started his police career at the Glenwood City Police Department. In 1985 Steve joined the St. Croix County Sheriff’s Department, where he worked as a deputy sheriff until retirement in 2011 after a 27 year career. Steve was not one to sit around and after retirement from the county, Steve proudly served as Star Prairie Police Chief until 2019. Steve always stayed involved in his community, serving on the Star Prairie town board for multiple terms and in his down time could often be seen mowing ditches alongside many roadways. Steve started St Croix BBQ equipment supply in 2016 while also driving school buses for the New Richmond School District and Stillwater School District, and serving as a bus mechanic for Stillwater. Most recently, Steve fulfilled a lifetime dream of working for a carnival and spent the last couple years traveling around and having fun selling tickets and seeing people having fun. Steve enjoyed going camping, taking road trips, and most of all spending time with his family. In 1991 Steve married Debbie Zahnow, they had a 29 year marriage and Steve helped to raise her 3 children Becky, Katie, and Rachell. Steve is survived by his mother, Gladys; his sisters, Kathy (Ken) Granstrom, Sue Dorf (Mike); forever friend, Debbie Lewis; daughters, Rachell (Ethan) Carlson, and Becky Bowen; four grandchildren, McKenzy, Lille, and Dax Carlson, Nicholas Lammo; brothers-in-law, and sisters-in-law, uncles, aunts, many nieces and nephews, and cousins. Steve was preceded in death by his father, Charles; mother-in-law and father-in-law, Corrine and Chuck Zahnow; grandparents, aunts, uncles, and cousins. A Funeral Service was held on Friday, October 28, 2022 at 11 am at Bakken-Young Funeral & Cremation Services 728 S Knowles Avenue New Richmond, WI and streamed live through the link just below this obituary.  Visitation was Thursday, October 27, 2022 from 4-8 pm and Friday from 10-11 am at the funeral home.  Interment was in Oakland Cemetery in Star Prairie, WI.  Arrangements are with Bakken-Young Funeral & Cremation Services.

Click here to watch the recording of Steve’s service