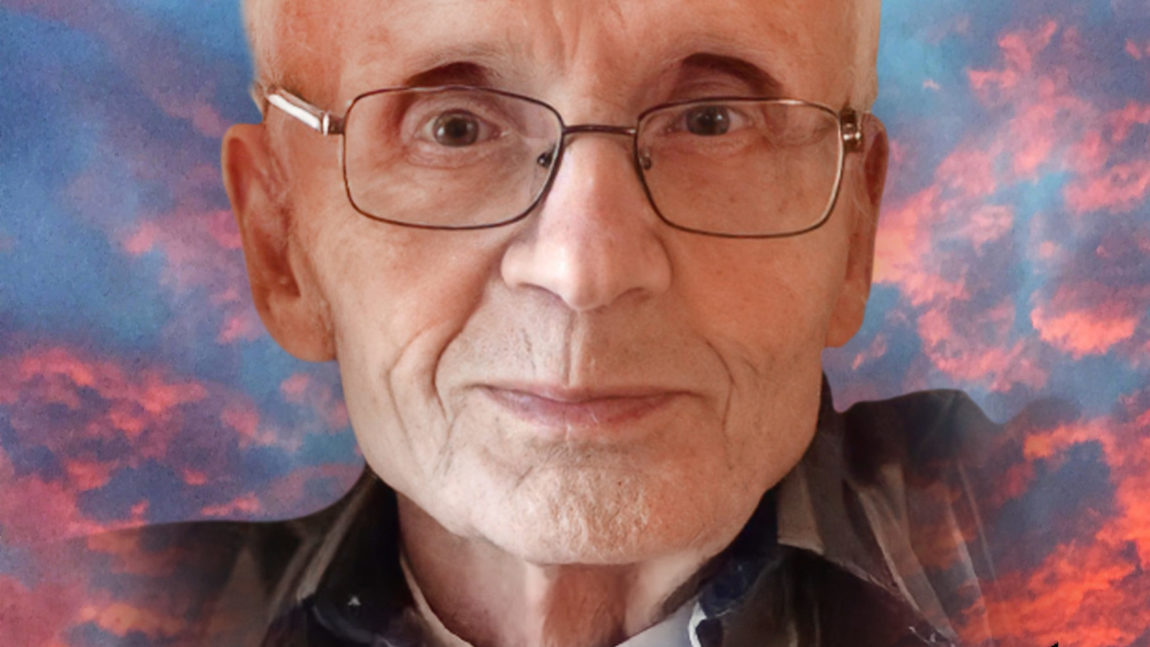 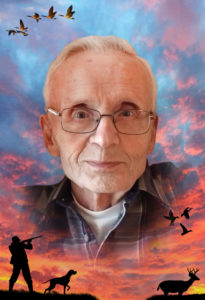 Sherman Olson died Sunday, November 28, 2021 at North Memorial Medical Center in Robbinsdale, Minnesota. Sherman grew up on the family farm in Wanderoos, graduating from Amery High School in 1951. After 4 years of attempting to be a turkey farmer, he realized he needed a backup plan. In 1954 he joined the Army and was stationed in California. After proudly serving his country, he returned back home. As luck would have it, he met Nancy and she thought he was a pretty good catch and they were united in marriage on June 29th, 1957 at Trinity Lutheran Church in Garfield. Together, they raised their 3 children, Rick, Steve and Terri in New Richmond. Sherman was an aerospace worker at Honeywell in the Twin Cities working on parts to be included in various space missions but he was especially proud of the fact that he worked on the Apollo Missions. He left Honeywell in 1977 and continued working as a custodian at WITC in New Richmond until he retired in 1989 to his beloved recliner. In retirement, Sherman and Nancy enjoyed many trips to Las Vegas and also Hawaii (best vacation he ever took he said). In 2004, they moved from their home of 45 years on 5th Street in New Richmond to a twin home on the south side of town. They enjoyed retirement together by traveling, attending church, visiting family and friends and hosting various family gatherings throughout the years. They had just celebrated 55 years of marriage when Nancy passed away in November of 2012. After Nancy’s passing, Sherman plugged along and continued to do his ‘chores’ around the house and enjoyed weekly visits from his good friend Ron Davis and many other family and friends (as long as you didn’t interrupt his nap time). Sherman continued to live on his own until February of 2020 when he moved in with granddaughter Brittany and her family. He might not admit it but he enjoyed being around his family that included visits from his kids and grandkids. After several health challenges this past year, he was reunited with the love of his life, Nancy on 11/28/21, two days after he turned 88. He was known for his straightforwardness, his quick wit and slightly inappropriate jokes, he loved delivering the punch line! He enjoyed feeding the neighborhood cats and birds (especially the hummingbirds). He loved his kids (especially the grand and great grands), Coke, cats, Jeopardy!, The Price is Right, any ‘Judge’ show and anything chocolate. He always had Andes Mints in the ‘ice box’ and would pass them around the table after every family meal, “part of my job” he would say. His memory remained sharp as a tack and it sure would have come in handy when we were trying to put this obituary together! Rest well, Dad/Sherm/Grandpa/Gramps, we will cherish our memories of you forever with love and laughter. Memorials preferred to Trinity Lutheran Church, Garfield Wisconsin.
Sherman is lovingly remembered by his family including, sons, Rick (Danette) Wurtinger and Steve (Lisa) Olson; grandchildren, Heidi (Kris) Wurtinger, Sean (Lisa) Wurtinger, and Brittany (Chris) Wilson; great-grandchildren, Ben & Abby Wurtinger and Elijah & Baby Wilson (due in January); sister, Gloria Erickson; and many Nieces and Nephews; Special Friend, Ron Davis; and Favorite feline, Cleo. He was preceded in death by his parents, Lewy and Molly; wife, Nancy; daughter, Terri; brothers, Arvid, Don, Willie, and Knute; sisters, Behulah, Emma, Carol, and Audrey. A Memorial Service was held on Saturday, December 11, 2021 at 11:00AM at Trinity Lutheran Church (1578 85th Avenue, Amery, WI) with a visitation starting at 9:30AM. Inurnment was in Trinity Lutheran Church Cemetery. Cremation Services provided by Bakken-Young Funeral & Cremation Services.