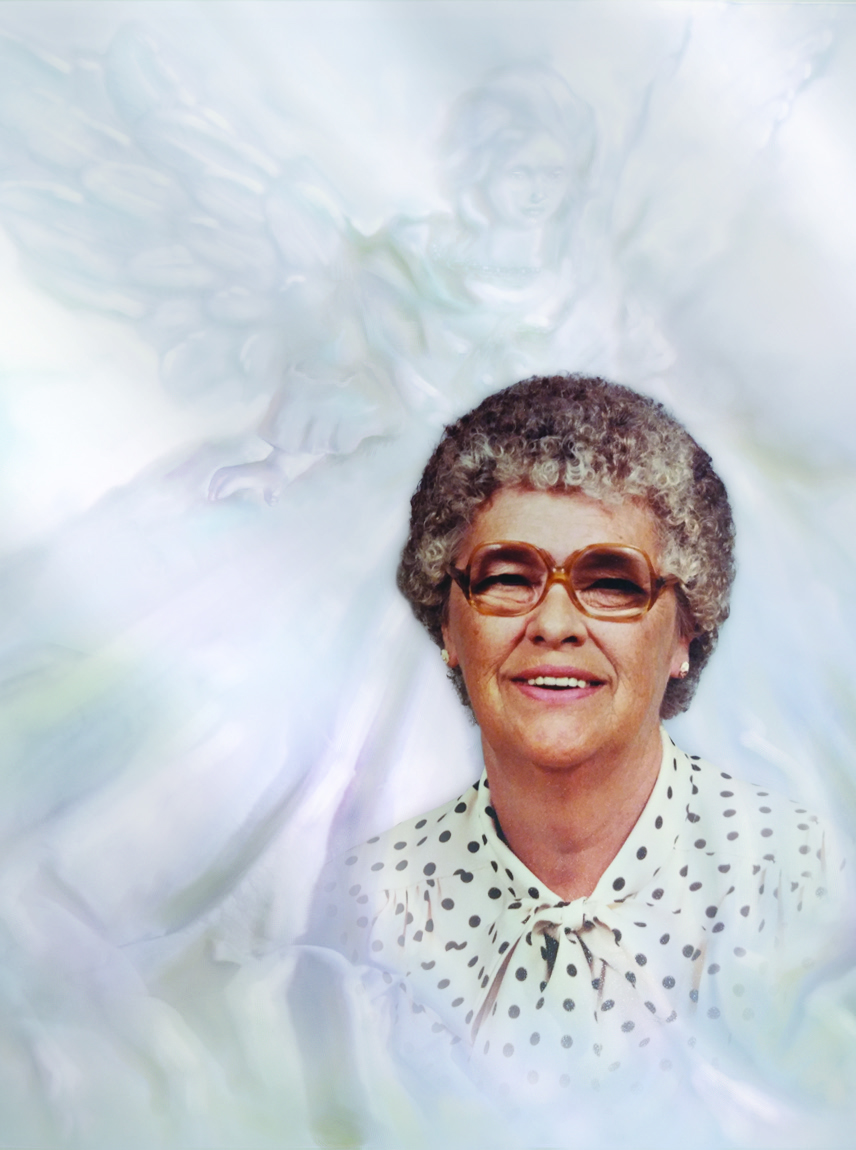 Ruth M. Staberg, 90, of North Hudson passed away on January 25th at the Christian Community Home in Hudson.  She was born on October 1, 1926 in St. Paul, MN.  Ruth is the daughter of Lloyd and Pearl (Ostby) Erickson.  They moved to Hudson in 1933.  Ruth attended school in Hudson graduating from Hudson High School in 1944.  She was joined in marriage to James Staberg on July 25, 1947 at Bethel Lutheran Church by the Rev. O.C. Thompson. They were married for 69 wonderful years.  Ruth worked at Brown and Bigelow after graduating from High School and then, later, became a CNA for 28 years at the Hudson Hospital where she generally worked the night shift.  Her favorite part of the job was rocking the newborn babies to sleep.  She loved working there and made many friends with the patients she helped.  Ruth liked to travel.  She made several trips to Europe and loved visiting relatives across the US and Canada.  She made frequent trips to South Carolina visiting children and grandchildren.  Ruth was a loving mother to her children, grandchildren, and great-grandchildren.  She was a wonderful cook and made many holiday memories for her family.  Christmas was always one of her favorite times of the year.  She is survived by her husband, James Staberg, her three sons, Steve (Debbie Lorenz) Staberg, Bruce (Pauline Vorwald) Staberg, and Kevin (Mary Karras) Staberg. Also, her grandchildren Jessica (Andrew) Smalls, Elizabeth Staberg, Stephanie (David) Crowley, Greg Staberg, and Brady Staberg and her 4 great grandchildren.   She is also survived by her brothers Lloyd (Helen) Erickson and Wayne (Kathy) Erickson, sister-in-law Annette Dewitte and brother-in-law Fred Staberg, as well as many nephews and nieces.  Her parents Lloyd and Pearl Erickson preceded her in death.  A Funeral Service was held on Tuesday, January 31, 2017 at 11 am at the Bethel Lutheran Church 920 3rd Street Hudson, WI.  Visitation was held on Monday, January 30, 2017 from 4-7 pm at the Bakken-Young Funeral Home 502 3rd Street Hudson and on Tuesday from 10-11 am at the church.  Interment was in Fort Snelling National Cemetery in Minneapolis, MN.  Memorials are preferred to the discretion of the family.  Arrangements are with Bakken-Young Funeral & Cremation Services of Hudson.