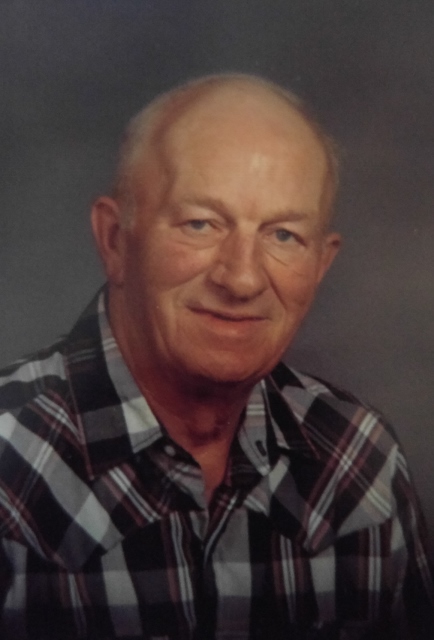 Rollin Frank Jones, age 79 of rural Osceola, WI, died on Saturday, August 15, 2015 at Golden Age Manor in Amery, WI.  Rollin was born to Frank and Edna (Van Valkenburgh) Jones in Chippewa Falls, WI on April 1, 1936.  At a young age he moved with his family to Mitchell, SD.  During his senior year in high school, the family moved back to Chippewa Falls where he graduated from high school in 1954.  He served with the U.S. Marine Corps from 1955 until 1958.  On September 13, 1958 he was united in marriage with Annette Heigeman.  Six children were born to this union.  The couple moved to Somerset, WI in 1959 and then to New Richmond, WI a short time later.  Rollin was employed by Doboy Packaging Machinery for 41 years.  He also worked part time for several years at Bernard’s in New Richmond detailing cars and for about 35 years for the River’s Edge Tubing Operation.  He was involved in forming the Doboy Credit Union.  He served on the Board, many years as president, until they merged with the Menomonie Farmers Credit Union.  Rollin also served on the St. Croix Alcohol and Drug Council for several years.  He was preceded in death by his parents.  Rollin leaves behind his wife of 56 years, Annette Jones; sons, Steven (Bonnie) Jones, Michael (Tammy) Jones, and Brian Jones; daughters, Cindy (Mark) Hall, Deb (Carl) Olstad, and Lisa Jones; nine grandchildren; 8 great-grandchildren; brother, Allan Jones; sisters, Carol Deyarmond and Barbara (Allen) Bohnstadt.  A Memorial Service was held on Friday, August 28, 2015 at 11 am at St. Luke’s Lutheran Church in New Richmond.  The family will greet guests for 1 hour before the service.  Interment was in Hay River Cemetery, Town of Hay River, Dunn County, WI.  In lieu of flowers, memorials may be directed to St. Luke’s Lutheran Church, The American Diabetes Association, or The Alzheimer’s Association.  Arrangements are with Bakken-Young Funeral & Cremation Services Beebe Chapel of New Richmond.