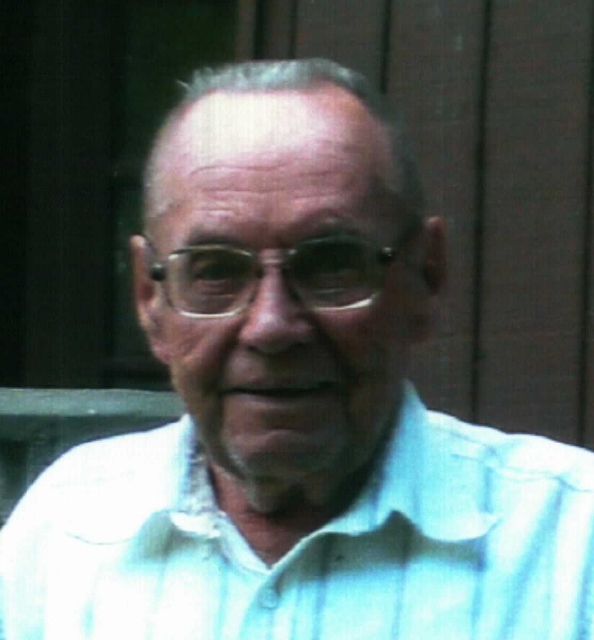 Robert Howard Soderquist, 94, of New Richmond died Tuesday, May 10, 2016 at American Heritage Care Center in Hammond.  He was born June 6, 1921 in Star Prairie Township to Anna (Peterson) and Elmer Soderquist.  He graduated from New Richmond High School and then served in the Army during WWII.  On March 12, 1943, Robert married Lorraine Peterson in Chicago, IL where he was stationed before leaving for France.  They were blessed with three children, Jerry, Barb and Diane.  Bob was a house painter and at one time owned Johannesburg Store/Bar.  He had many neighborhood parties, fish, frog leg and turtle fry’s along with oyster stew at Johannesburg.  Bob was also care giver to Lyle Davis (who was disabled) for many years.  He considered Lyle his family, although he was not related.  Bob always made sure Lyle spent holidays with the family and camping at Wisconsin Dells.  After selling Johannesburg they moved to Star Prairie until 1979, then moved to New Richmond.  Bob enjoyed fishing, golfing, traveling, woodworking, playing cards, bowling, horseshoe and spending time with family and friends.  Bob was an active member of the American Legion and Star Prairie Lions Club for many years.  He is survived by his wife, Lorraine; children, Jerry (Gail) Soderquist, Barbara (Sam) Boatman, Diane Bulman; grandchildren, Christine (Dan) Redetzke, Wendy Muska, Joel (Janna) Bulman; great grandchildren, Nick Muska, Sam Muska, Elizabeth Redetzke, Seth Redetzke, Owen McKenna, Veronika Bastien.  Bob was preceded in death by his parents, Elmer and Anna Soderquist; siblings, Art, Eddie, Ronnie, Donnie, Johnnie, and Dorothy; and son-in-law, Curt Bulman.  A memorial service will be held Saturday, May 14, 2016 at 11:00 am at Bethany Lutheran Church in Star Prairie.  Visitation will also be Saturday from 9:00-11:00 am at the church.  Interment will be Oakland Cemetery in Star Prairie.  Arrangements are with Bakken-Young Funeral & Cremation Services Beebe Chapel of New Richmond.