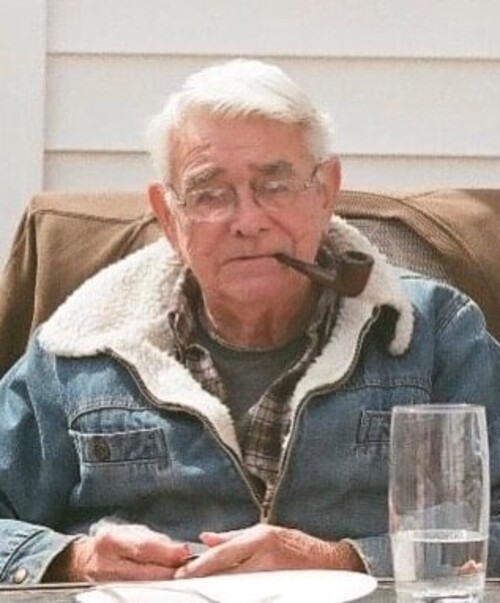 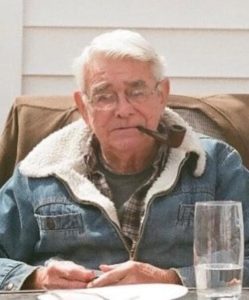 Robert Wayne Nelson, age 90 of Ellsworth, WI, died on Friday, January 1, 2021 at Banner Baywood Medical Center in Mesa, AZ after a brief battle with COVID-19. Also affectionately known as Bob, Bobby, and Bonepile. Bob was born the son of Arthur and Nora (Erlandson) Nelson on June 18, 1930 in Ellsworth, WI. He graduated from Ellsworth High School with the class of 1948. After high school, Bob volunteered for the army and served as a paratrooper with the prestigious 82nd Airborne Division and then as a charter member of 4th Airborne Ranger Company in Fort Benning, Georgia. He fought in Korea from 1950 to 1952. On March 23, 1951 the Rangers took part in Operation Tomahawk, a historic airborne assault at Munsan-ni. Bob was exceptionally proud of his service and remained in touch with his Ranger buddies throughout his life. When Bob returned to Ellsworth from his service he farmed. Post farming, he drove truck for Young Distributing and later drove cement truck for Cemstone for 25 years, retiring in 2004. Bob was married to Erma “Jeanne” Quist in July, 1956. They were blessed with 4 children. Although they parted ways, he found love again with humorous and feisty partner Mary Jane (Trok) Nelson, marrying in August, 1978. He remained at her side until her passing in 2011. Bob filled his life with various forms of social clubs and service opportunities. He was a life member of the Kinne-Engelhart Post 204 of the American Legion and was a past commander of the post. Bob was a member of the Hancock Lodge and the St. Croix Valley Shrine, including serving as Shriner President. As a member of the Shrine, Bob drove go-carts for many years with the Zor Roadrunners, zipping around parade routes all over Western Wisconsin. He enjoyed entering the Pierce County Demolition Derby, even once winning the coveted trophy in the 80’s. For many years, he sang in the choir at Our Savior’s Lutheran Church, a lifetime member of the congregation. Bob loved the outdoors. He kept a garden, still maintaining over 25 flower baskets this past summer. He loved feeding the birds with a particular affinity for Goldfinches. The past 21 winters were spent in Apache Junction, AZ. He loved hiking the dessert mountains including the Superstition Mountains, Camelback Mountain and hiking in the Grand Canyon. Bob would create his own hiking sticks from saguaro cactus. Bob would always try to find his way back to Ellsworth by Easter though. Potatoes needed to be in the ground by Good Friday. As if he wasn’t a fixture around town already, with his hearty chuckle, great smile, and undeniable sense of quick wit and humor, he became recognizable with his riding lawnmower rides into town for a quick bite at the Café and a bump at the tavern. Receiving police blessing with the big orange flag for safety, of course. Bob had an endless supply of stories and experiences that he’d share with that same humor but also grace and reality when the story demanded it. His charisma blossomed with age. He is preceded in death by his parents, Arthur and Nora Nelson; son, Layne Nelson; wife, Mary Jane Nelson; siblings, Harley Nelson, Arlene (Dorr) Beale, Glen (Mabel) Nelson, Clifford (Mary Lou) Nelson, Florence (Randolph) Hanson, and Grace Nelson. Bob is survived by his children, Charles (Roxane) Nelson, Kristine (Chris) Meirick, and Douglas (Kimberly) Nelson; grandchildren, Nora (Andy) Culver, Nicholas (Jessica Tromberg) Nelson, Mattea and Hannah Meirick, Alexander and Madeline Nelson; great-grandchildren, Sloan and Lyla Culver, Alexis, Ayden, and Avery Nelson, Bri Tromberg; and many nieces, nephews, relatives and friends. A Celebration of Bob’s life was held at 1 pm on Friday, June 18, 2021 at Our Savior’s Lutheran Church N6450 530th St. Beldenville, WI.  Visitation was also held on Friday, June 18, 2021 from 12 – 1 pm at the church.  Interment was in Our Savior’s Cemetery.  Arrangements are with Bakken-Young Funeral & Cremation Services.

Click here to watch the recording of Bob’s service