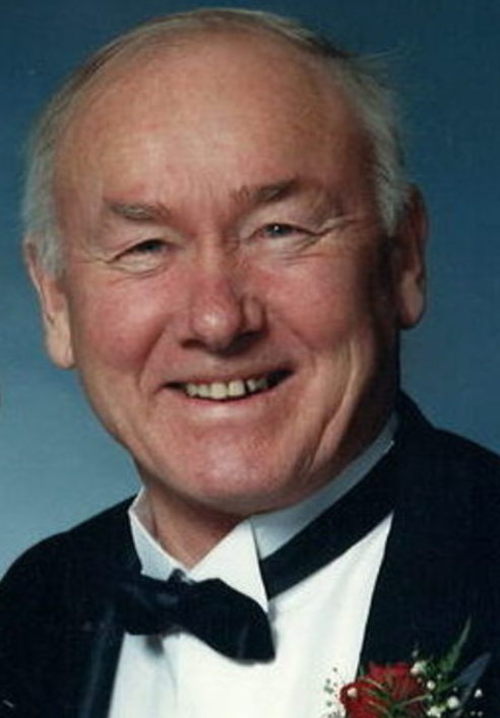 Robert L. Johnson, age 88 of New Richmond, WI passed away at the Deerfield Gables surrounded by his family on September 28, 2017.  He was born on January 21, 1929, in St. Paul, MN to Mary Kernel and Freeman Johnson.  Shortly after birth he was given up to the St. Paul Salvation Army and then was placed in an orphanage in Farmington, MN.  He went to school through the 8th grade there and at the age of 15, he made the decision to come north to New Richmond with an area farmer,  Arnold Volkert,  where at the time he would help on the farm.  At the age of 18, Bob got involved in stock car racing.  Racing locally at Rice Lake, Milltown, Durand, Stillwater and other tracks in the area, including the Minnesota State Fair and The Iowa State Fair in Cedar Rapids, Iowa.  Cedar Rapids is where he was involved in a serious accident that would leave him paralyzed with no chance of walking again.  Defying the odds at 24 years old, Bob would end up walking again, operating a gas station on the North side of New Richmond for some 30 years before retiring in 1985.  He was an avid Badgers, Packers, and Brewers fan watching many games on tv and attending several Brewers games with family.  He is survived by son, Bob (Brenda); grandchildren, Jordan and Justin Johnson, and sister, Dorothy (Frank) Braunig.  He was proceeded in death by his wife, Martha; mother, Mary Jungwirth and father, Freeman Johnson.  The family would like to thank the staff of Deerfield Gables and St. Croix Valley Hospice for their services.  A Funeral Service was held on Monday, October 2, 2017 at 11 am at First Lutheran Church 218 County Road K New Richmond.  Visitation was held on Sunday, October 1, 2017 from 4-7 pm at the Bakken-Young Beebe Chapel 112 W 3rd Street New Richmond and on Monday from 10-11 am at the church.  Interment was in New Richmond Cemetery.  Arrangements are with Bakken-Young Funeral & Cremation Services Beebe Chapel of New Richmond.