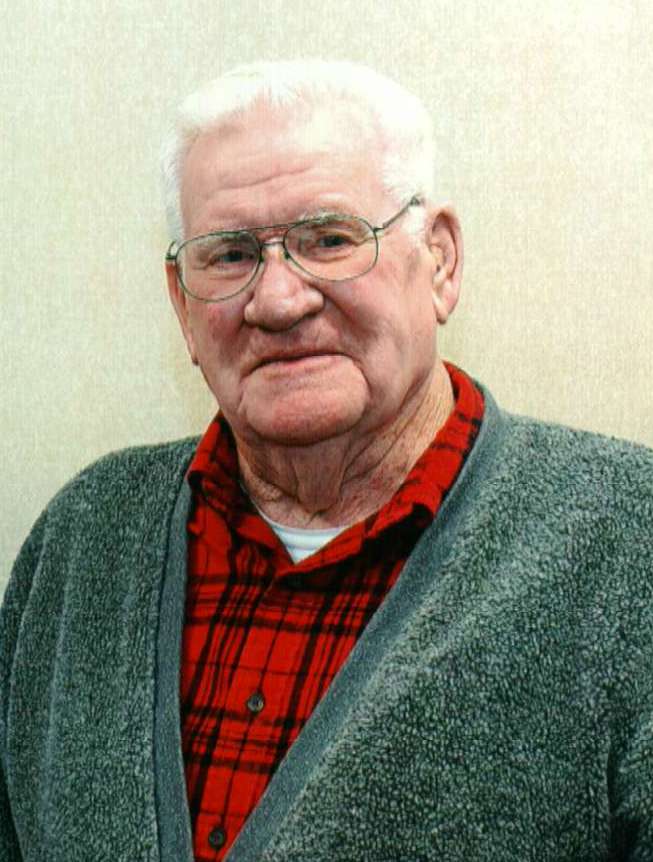 Mass of Christian Burial was 11:00 AM on Monday, February 10, 2014 at St. Patrick’s Catholic Church in Hudson, WI.  Memorial visitation was held Sunday, February 9, 2014 from 5-8 pm with a prayer service at 7:30 pm at the Bakken-Young Funeral Home 502 3rd Street Hudson.  Spring interment will take place in St. Patrick’s Catholic Cemetery in Hudson.

Dick was born December 8, 1931, in St. Paul, MN, to Robert and Aimee Kinney.  He grew up on the family farm east of Hudson on Badlands Road and raised his own family just down the road.

He graduated from Hudson High School in 1949 and received his agricultural studies degree from the University of Wisconsin-River Falls in 1958.

Dick was an active duty United States Marine Corporal from January 22, 1952-January 21, 1954, and served in the Korean Conflict.  He continued in the Marine Reserves until 1960.

On April 11, 1959, Dick married Leona Ecker at St. Patrick’s Catholic Church in Hudson, WI.  He spent the early years of his marriage living in Baraboo and Portage, WI, working as a 4-H County Extension Agent.  He moved back to Hudson in 1965 and became the manager of the Tri-County Savings & Loan, which later became a branch of First Federal Savings & Loan of LaCrosse.  Later in his life, he worked as a real estate agent and a bailiff for St. Croix County.  Dick retired from his bailiff position after 25 years.

Dick always enjoyed meeting people, and had a knack for striking up a conversation with anyone.  He often tried to stump people with one of his many riddles.  Dick loved animals and provided his children with many pets, including ponies, a cow, a pig, chicks, hens, a rooster, dogs, and cats.  He was a child of the Depression and lived by the mantra “waste not, want not.”  He believed everything could be fixed with twine, baling wire, and duct tape.  Dick was an avid Packers and Brewers fan.

The Lord’s good and faithful servant was called home.  In lieu of flowers, the family asks that any memorials be made to St. Patrick’s Catholic Church in Hudson, WI, or to the American Cancer Society.

Arrangements are with Bakken-Young Funeral & Cremation Services of Hudson.