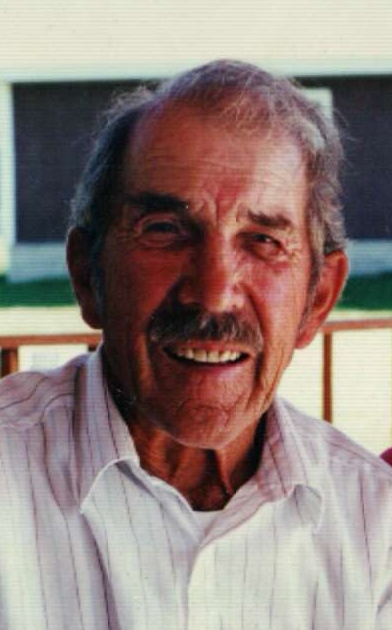 Raymond Sheldon Dettling age 91 of Maiden Rock passed away on Tuesday, January 21, 2014 at Mayo Clinic Health System in Eau Claire.  He was born the son of Xavier and Gerda (Rundgren) Dettling on September 9, 1922 in the Town of Maiden Rock.  He graduated from Plum City High School and from 1942-1946 he served his country in the U.S. Army Air Corps during World War II.    While in the service, he was sent to Stillwater, Oklahoma to attend Oklahoma A & M for aeronautical training.  He was then sent to Greenland with the 1st Artic Search and Rescue squadron.  Last year, in May, Ray was honored to take part in the Freedom Flight with over 90 other veterans.  On November 5, 1949, Ray married Luella Larson at Lund Mission Covenant Church.  He worked in North Dakota building the dirt filled Garrison Dam and then came home to farm.  Later, he enjoyed raising Black Angus cattle.  Ray also enjoyed aircraft and flying his plane.  Spending quality time with his granddaughters and great-grandchildren was very special to him.  He was an active member of the Plum City American Legion Post #365.  He is survived by his wife of 64 years, Luella; granddaughters, Melissa (Jason) Dettling Griggs of Bigfork, MT, Kari (Tyrell) Hoyer of Esdaile, WI; great-grandchildren, MacKinley Dettling Johnson of Bozeman, MT, Jocelyn Griggs, Katelyn Griggs and Jillian Griggs all of Bigfork, MT; niece, Sandra (Howard) Larson of Pepin, WI.  Ray was preceded in death by his parents; son, Lyndon Dettling; brothers, Ralph, Howard and Glenn Dettling.  A funeral service was held on Tuesday, January 28, 2014 at 11:00 am at Lund Mission Covenant Church in rural Stockholm.  Visitation was also Tuesday from 9:30-11:00 am at the church.  Interment will be in the spring at Marie Lund Cemetery.  Arrangements are with Bakken-Young Funeral & Cremation Services of Maiden Rock.