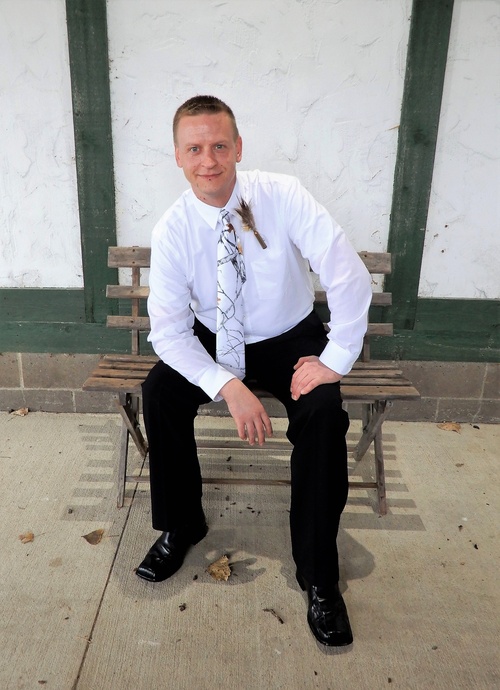 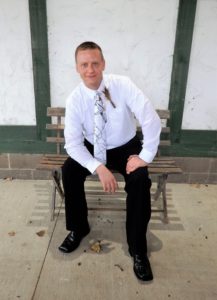 Philip Andrew Manor was born April 3, 1981 in Madison, WI to Perry and Vranna (Selander) Manor. Even though he grew to be almost six feet tall, he was always “little brother” to his sisters, Becca and Betsy. He passed away at home on August 15, 2021. As a toddler, he loved to sit on the lap of his grandmother, Doris Selander, and have stories read to him. It was from her that he also developed his love for coffee! He was a bundle of energy and enjoyed karate, swimming lessons and riding bike with neighborhood friends. Philip attended Middleton Christian School (later called High Point Christian School), Kromrey Middle School and Middleton High School, graduating in 1999. He made many friends in the youth group at High Point Church, most of whom he kept in touch with through the years. While still in high school he joined the US Marine Corps, and proudly served his country in San Diego and Lemoore, CA; Pensacola, FL; Beaufort, SC; and Newport, RI. Although accepted into the Naval Academy in Annapolis, MD, he chose to come back to Madison, where he attended Madison Area Technical College and the UW-Madison, most recently achieving a degree in Automation and Robotics. Philip worked at several jobs in Madison and then moved to Illinois where he was employed at the Matrix Design Company in Bartlett. Currently, he was working at Syntegon in New Richmond, WI. During these years he spent many evenings at the grill, treating his family to countless tasty meals. Although Philip struggled with addiction and depression throughout his life–and ultimately took his own life–he accepted the Lord as his personal Savior at a young age and is now at peace in the very presence of God for all Eternity. Psalm 51 was Philip’s favorite passage of Scripture. Philip was the happiest when he could lend a hand to someone who needed help, or take care of someone’s pets. He had a tender heart. Besides his parents and his sisters, he will be sadly missed by his brother-in-law Dan Noelder (Becca’s husband), his beloved Grandma Lila Manor who prayed for him daily, many aunts, uncles, cousins, and a host of friends. He was preceded in death by his paternal grandfather, Lyman Manor, and his maternal grandparents, Philip and Doris (Bowman) Selander. Thank you to so many family and friends who have provided support through the years and have now come along side us during this time of immense grief. You are loved and appreciated. A Memorial Service was held on Saturday, August 21, 2021 at 1 pm at High Point Church, 7702 Old Sauk Rd, Madison, WI with visitation from 12-1 pm at the church. A lunch followed the service. A Second Memorial Service was held on Saturday, August 28, 2021 at 1 pm at Bakken-Young Funeral & Cremation Services, 728 S Knowles Avenue, New Richmond, WI with visitation from 12-1 pm at the funeral home. A lunch followed the service. Interment will be in Riverside Cemetery in Grantsburg, WI at a later date.  Both services were officiated by the Reverend Steve Lloyd, pastor of Twin Valley Free Will Baptist Church in Middleton, Wisconsin. Arrangements are with Bakken-Young Funeral & Cremation Services.