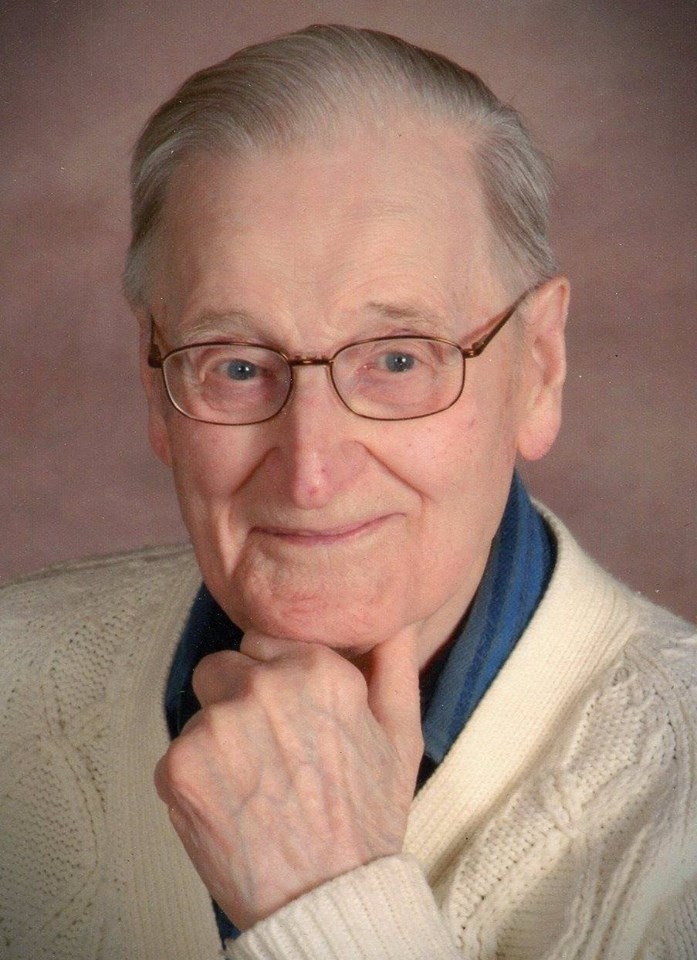 Paul Wienke, 91, of New Richmond passed away on Sunday, June 8, 2014 at Westfields Hospital with his family by his side.  Paul was born on April 6, 1923, in Glenwood City, WI, to Walter Henry and Alta (Ziemer) Wienke.  On December 29, 1944, he married Leitha Mae Christensen at St. Paul’s Lutheran Church in Glenwood City, WI.  Paul grew up in Forest and was confirmed at St. John’s Lutheran Church.  He served in the Army during the Battle of the Bulge in World War II and was a POW.  He and Leitha had a farm outside of Glenwood City for many years and moved to New Richmond in 1963.  For a while he owned Paul’s Texaco on Somerset Road and also worked for many years at Friday Canning Corporation.  He was a member of the VFW Post 10818 New Richmond and a member of the Indianhead Chapter of the American Ex-Prisoners of War.  He was an avid newspaper reader and enjoyed watching news programs and listening to “old time” music.  He thoroughly enjoyed his children, grandchildren, and great-grandchildren.  Paul was preceded in death by his wife, Leitha, his daughter and son-in-law, Loreen and Dale Moe, his parents, brothers, Harris, Arthur, and Melvin, and sister, Dorothy Vande Vrede.  He is survived by two children, Lavonne Wienke (Joe Lado), Arlington, VA, Steven (Patrice) Wienke, Las Vegas, NV; six grandchildren, Daniel (Julie) Moe of River Falls, Kari (Jeffrey) Hoefer of Baldwin, Jennifer Moe of Baldwin, Jared (Debra) Moe of Emerald, Melissa (Layne) Olson of Las Vegas, NV, and Eric Lado of Arlington, VA; seven great-grandchildren, Kaitlin, Emily, and Sarah Hoefer, Morgan and Miranda Moe, and Kayla and Justin Moe; brother, Walter (Berneita) Wienke of River Falls; numerous nieces, nephews, and relatives.  A funeral service was held Thursday, June 12, 2014 at 11:00 am at St. Luke’s Lutheran Church in New Richmond.  Visitation was held Wednesday, June 11, 2014 from 5-8 pm at Bakken-Young Beebe Chapel and also Thursday from 10-11 am at the church.  Interment was in the New Richmond Cemetery with military honors provided by VFW Post 10818 of New Richmond.  Arrangements are with Bakken-Young Funeral & Cremation Services Beebe Chapel of New Richmond.