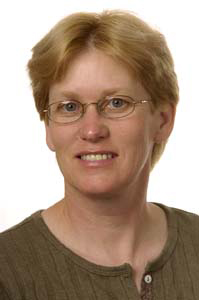 Pamela Jean Weller, age 57, passed away peacefully at home after a brave battle against cancer on August 2, 2015.  She was surrounded in love by her family and friends.

Pamela graduated Somerset High School in 1976.  She was a proud and dedicated Army Veteran, who served our country between 1976 and 1984.  She achieved the rank of Sergeant and also received multiple service awards.  After her Army service, Pamela went on to obtain her Bachelors and Masters degrees at the University of Wisconsin River Falls, where she later became a Distinguished Academic Lecturer.  Pamela taught at UWRF since 1999, specializing in the areas of soil science, geology, and environmental science.

The family would like to give special thanks to UWRF College of Agriculture for their love and support through the years, the Cancer Center of Western Wisconsin for giving us the past two years with Pam, and Lakeview Hospice for helping us to have her at home for her final week.

There was a memorial gathering in celebration of her life at the family farm on August 15th from 1pm to 5pm, beside her beloved garden.