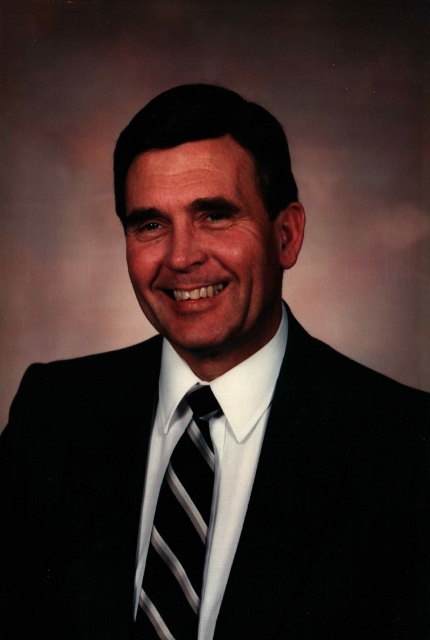 Rev. Orlan G. Zuberbier, age 79 of New Richmond, WI, passed away on Friday, April 10, 2015 at Comforts of Home in Hudson, WI.  Orlan was born the son of Gerhardt and Minnie (Wattjes) Zuberbier on July 21, 1935 in Oconto, WI.  He grew up in Rankin, WI where they lived through his 7th grade year.  He graduated from Concordia Lutheran High School in Milwaukee in 1952 and then from Concordia College.  He graduated from Concordia Seminary in Springfield, IL and was ordained as a Lutheran Pastor in August of 1962.  Orlan served in the U.S. Marines from 1955 – 1958.  On June 11, 1960 he was married to Jo Ann Schaefer in Mt. Prospect, IL.  Rev. Zuberbier served as pastor at Immanuel Lutheran Church in Jennings, LA, St. Paul Lutheran Church in Latimer, IA, Pilgrim Lutheran Church in Green Bay, WI and St. Luke’s Lutheran Church in New Richmond, WI.  He retired on August 12, 1997.  Orlan enjoyed woodworking, playing his guitar, and painting.  He loved the lake, riding his motorcycle, and his dogs (Boxers).  He was dedicated, organized, and paid close attention to detail.  He was loving and caring, and showed concern and compassion for those he met.  He is preceded in death by his parents, Gerhardt and Minnie Zuberbier; and nephew, Scott Zuberbier.  Orlan is survived by his wife, Jo Ann Zuberbier; children, Todd Zuberbier, Gregg (Rebecca) Zuberbier, Dawn (William) Flatt; grandchildren, Joseph Flatt, Angela Flatt, Katherine Flatt; siblings, Ramona (Robert) Scheimann, Larry (Carol) Zuberbier; and many nieces, nephews, relatives and friends.  A Funeral Service was held on Tuesday, April 14, 2015 at 11 am at St. Luke’s Lutheran Church in New Richmond.  Visitation was on Monday, April 13, 2015 from 4-8 pm at the Bakken-Young Beebe Chapel and on Tuesday from 10-11 am at the church.  Interment was in Oakland Cemetery in Star Prairie, WI.  Memorials may be directed to St. Luke’s Lutheran Church.  Arrangements are with Bakken-Young Funeral & Cremation Services Beebe Chapel of New Richmond.