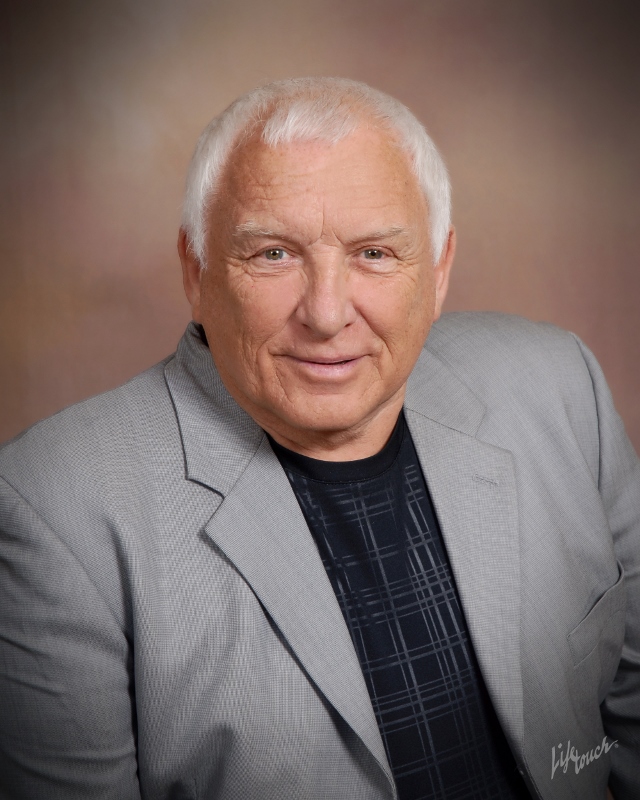 March 4, 2016
Mike Tjader, 69, of New Richmond, died March 3, 2016.
He was born June 11, 1946, to Bill and Elaine Tjader in Siren, Wisconsin.  He attended elementary school and high school in Siren, graduating in 1964.  Mike attended Chicago Vocational Training in Minneapolis, Minnesota.
Mike grew up on a farm west of town.  He delighted his family with tales of working on the farm, and along with brother, Tim, making a hay elevator out of wood, overhauling tractor engines for their dad, and building and racing several go carts. He especially loved threshing season.  His grandfather and dad had the only threshing machine in the county and after doing their own threshing, would travel around to the various farms getting in the crops.  Mike loved that machine.  A big childhood memory for Mike was Christmas Eve.  The whole Tjader clan gathered in one home and spent the night; wall to wall aunts, uncles, and a tribe of cousins. In high school, Mike and his cousin, Rick, experimented with dynamite and all the wonderful things it could do.
Mike married Carleen Nordin on June 17, 1967.  He was employed with Tjader Highstrom Tree Service and they settled in New Richmond.  Carleen taught 2nd and 3rd grades at Starr Elementary and Paperjack Elementary.  Mike would eventually find many more building projects; designing and building their home, an A-frame playhouse for his daughters, and a treehouse for his son.  Mike worked at Tjader Highstrom for many years.  He then began his own company, MTC, Mike Tjader Construction.  After some years, he and two other contractors formed BorMor Corporation.
Mike dearly loved his family; his children, their partners, and his grandsons.  Many days all three kids would call him with a question or a request…and he loved it.  He enjoyed traveling with Carleen and a whole new tribe including his parents, Carleen’s parents, sister-in-law, Susan and daughter, Sarah, his children, husbands and grandsons all in one big house. In later years Mike and Carleen took grandsons Zach and Micah by train to Chicago, and by plane to New York City. Mike also restored the Tjader Annual Potato Sausage weekend at our home, where he and Wade oversaw an operation that, last fall, produced 76 pounds of sausage.
For the last sixteen years Mike has been employed at TT Technologies of Aurora, Illinois doing R and D work in specialty projects.  Mike loved everything about his job—it was a world of ideas, designing, working trade shows around the country, building relationships with gas and power companies, earning patents, and most of all, being a part of the special group of folks across the country and throughout the many parts of TT.  From his early tinkering days on the farm, Mike was a self-taught and a self-made man.
He left his family and his work, too soon.  Mike is preceded in death by his parents, Bill and Elaine Tjader and his brother, Steve.  He is sadly missed by his wife, Carleen; daughter Michele (Wade Harrison), and grandson, Micah; daughter Melissa (Greg Croucher) and grandson Zachary; and son Mark.  He is also survived by brother Tim (Donna); sister-in-law Bonnie; brother Dennis (Bonnie); brother Paul (Valerie), and nieces and nephews, Ryan, Bethany and Reid, Jon and Amanda, Evan, Logan, Aidan and Ethan; and Sarah and sister-in-law Susan.
A memorial service was held Monday, March 7, at 11:00 a.m. at First Lutheran Church in New Richmond.  Visitation was held Sunday from 4:00-6:00 at Bakken-Young Beebe Chapel in New Richmond and one hour before the service at the church.  Arrangements are with Bakken-Young Funeral & Cremation Services Beebe Chapel of New Richmond.