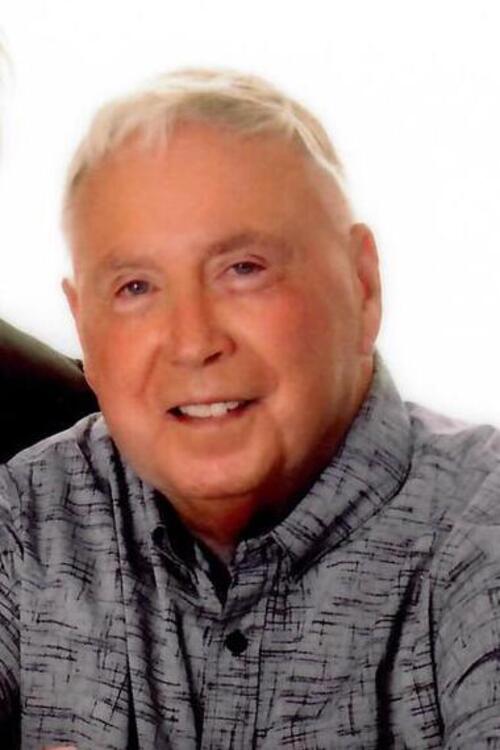 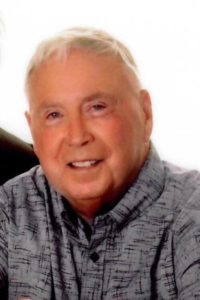 Mike Duvall, 83, of River Falls, formerly of LeRoy, Illinois, died at 11:43 PM on Tuesday, November 2, 2021, at home, with his family at his side.  Mike was born January 5, 1938, in Clinton, Illinois, a son of George (Jack) and Nora (Conroy) Duvall. He was the sixth of eight children. He graduated from Clinton Community High School and attended Northern Illinois University, DeKalb, Illinois and Parkland College, Champaign, Illinois.  He was married to Jane Edwards in 1958. They were later divorced. He married Paula M. Parrish in Champaign, Illinois, on September 25, 1971. They recently celebrated their 50th wedding anniversary.  Mike is survived by sons, Mike Duvall of Dunedin, Florida, and Don Duvall of LaVergne, Tennessee; daughter, Erin (Mike) Culver of River Falls, Wisconsin; 10 grandchildren, Sarah (Jae) Sharearm, Robert Shay, and Ronnie Duvall of LaVergne, Tennessee, Jason (Joyel) North, of Wapella, Illinois, Michael Duvall of Oldsmar, Florida, and Molly Duvall of Orlando, Florida and Brody, Riley, Casey and Kerrigan Culver, of River Falls, Wisconsin; 11 great-grandchildren; and two great-great-granddaughters; and his sister, Theresa Allen, of Clinton, Illinois; along with many nieces and nephews.  Mike is preceded in death by his parents; three brothers, George, Joe, and Pat Duvall; and three sisters, Mary Morrow Becker, Peggy Hassinger, and Katie Duvall; and daughter-in-law, Suzan Duvall.  Mike was a 40-year IHSA football and basketball official and an avid runner. Mike was a former member of the LeRoy Zoning Board and a 20-year volunteer dispatcher for the LeRoy, Illinois police, ambulance and fire departments and was a member of the LeRoy Promotion Association.  Mike was an avid Cubs, Bears, and Illini fan. He also supported and assisted with the LeRoy football and basketball programs.  Retiring from the LeRoy School District, he had the fondest memories of the special connections with students and co-workers both within the school and driving bus. Mike also worked as a director’s assistant for Calvert Belangee & Bruce Funeral Homes in LeRoy. He retired in 2012 when he and Paula relocated to River Falls. He had been employed by the River Falls McDonalds and Culvers restaurants as a restaurant host, where he made many great friends.  Mike loved spending time with his family and friends. He enjoyed traveling, a good laugh, a good meal, a cup of coffee with friends, music and movies.  Mike was a loyal and loving husband, father, grandfather, brother, and friend.  He will be missed by all that knew and loved him.  A Celebration of Mike’s Life was held on Saturday, December 11, 2021 at 2:00PM at Calvert Belangee & Bruce Funeral Homes in LeRoy, IL with a visitation one hour prior to the service. Memorials may be directed to the family to be used for the education of Mike’s grandchildren.  Cremation arrangements are with Bakken-Young Funeral & Cremation Services.