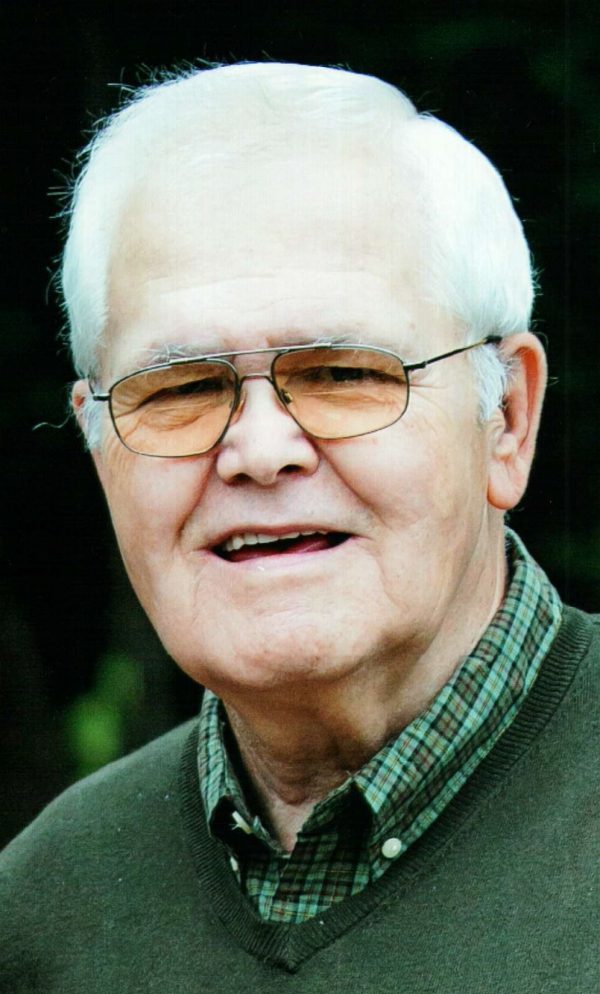 Mike Baker passed away peacefully on October 18, 2016 at Comforts of Home in River Falls.  Mike was born December 11, 1944 in St. Paul, MN to Nina and Floyd Baker, the youngest of 5 children.  In his first year his family moved to River Falls where he lived until High School graduation in 1963.  In the Spring of 1964, Mike joined the Navy and was stationed at Pearl Harbor, Hawaii.  He completed 2 tours to Vietnam as a fire control technician on the destroyer The USS Epperson.  In 1966, while in Hawaii he was introduced to his future wife, Judy by Jean Waxon (Oelkers) a fellow River Falls resident living in Hawaii.  Judy was taking a semester break from college in California and was working at a dress shop in the Out Rigger Reef Hotel and lived next door to Jean.  Upon discharge from the Navy in 1968, Mike moved to California where Judy lived.  They were married in August 1968, and lived in Fresno where both attended college.  Mike graduated from Fresno State University in 1972 and began his career in Sales and Marketing.  In 1976 Scott was born, followed by Shannon in 1979.  Mike was Marketing Manager in the San Francisco Bay area for Miller Brewing Co.; then became Manager of a Miller distributorship also in the Bay Area.  In 1984 looking for a slower paced life, Mike decided to move his family back to his hometown of River Falls where he purchased a bar he renamed The Blarney Stone.  After 5 years Mike decided to return to a more lucrative way of life and went to work for New York Seltzer and later Snapple Beverage.  Twenty years ago, November 5, 1996 life changed!  Mike was in a devastating car accident that almost took his life.  Instead we have all been blessed with 20 more years of memories.  Mike enjoyed golf, fishing, swimming, snow skiing, kayaking and cheering on The Packers.  He and Judy enjoyed traveling with numerous trips to Europe, Australia, New Zealand, Hawaii, California and other states in the U.S.  Most of all he loved spending time with Judy, their children and grandchildren, family and friends.  Mike is survived by his loving wife of 48 years, Judy; 2 children, Scott (Dani) Baker, Shannon (Matt) Marek; 4 adorable grandchildren, Eli and Helena Baker, Owen and Noah Marek; his brother, John (Kay) Baker; sister-in-law, Vicki Baker; brothers-in-law, Burt Harlan and Howard Andresen.  He was preceded in death by his parents; siblings, Gene, Avery, and Judy; his niece, Courtney Baker Slosman; sister-in-law’s, Sharon Harlan and Virginia Andresen.  A memorial service was held Sunday, November 6, 2016 at 1:30 pm at First Congretional United Church of Christ in River Falls.  Visitation was also Sunday from 12:30-1:30 pm at church.  In lieu of flowers, memorials are preferred to:  PCVSC (Pierce County Veterans Service Commission) P.O. Box 146 Ellsworth, WI 54011.  Arrangements are with Bakken-Young Funeral & Cremation Services of River Falls.