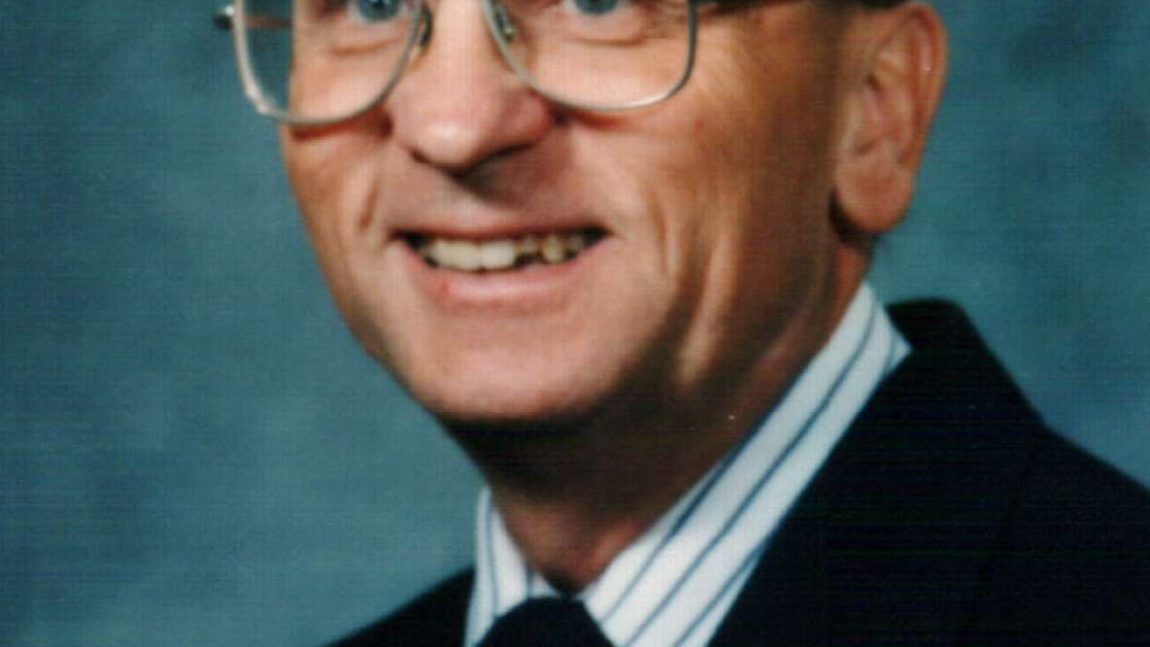 Maynard N. Olson age 77 of N. Hudson passed away Friday, October 5, 2012 at Christian Community Home in Hudson.  Maynard was born  May 1, 1935 in Maiden Rock, WI to Edwin and Mabel (Peterson) Olson.  Maynard attended the Salem Four rural school and graduated from the Maiden Rock High School in 1953.  He received his teaching diploma from Buffalo County Teachers College and later earned his B.S. Degree in Elementary Education from the University of Wisconsin, River Falls.  He received his Master of Arts Degree in Elementary School Administration and Supervision from the University of Colorado at Greeley in 1963.  Additional Graduate courses were taken at the University of Wyoming at Laramie.  Maynard taught in the one room rural school, the State Graded School at Bay City, WI, and the Junior High School at Ellsworth, WI.  He became the Elementary School Principal at Mondovi in 1964 and was Elementary Coordinator at the Hudson Community Schools for 14 years from 1965 to 1979.  His career included the design of the first kindergarten screening program in the State of Wisconsin.  His desire to have good communications between parents and teachers was achieved with Parent Teacher Open Houses.  His interest in science brought about the annual Science Fairs for the Elementary children of the Hudson Community Schools.  As Elementary Coordinator, he helped create the first Middle School program which included the 7th and 8th grade students in Hudson.  He completed his educational career as a teacher for 14 years at the Fourth St. Elementary School before his retirement.  He was known for his love of children, always using the positive approach to learning.  He was a Life Member of the North Western Wisconsin Education Assoc. and served as its President in 1973, and was also a member of the Wisconsin Elementary Principals Assoc.  He was President of the Wisconsin Elementary Supervisors Assoc.  He was an active member of his church, having taught Sunday School for 13 years, served as church Secretary and Vice President on the church council.  He also served as a 4-H leader and volunteered at the Phipps Center for Arts.  He enjoyed gardening, traveling, photography, and visiting with his friends, and especially his family.  He was married to Carol Nelson of Eau Claire on July 29, 1967 at First Lutheran Church in Eau Claire.  He is survived by his wife, Carol; three sons, Greg (Kathy) of Lakeland, MN, Kevin (Chrystal) of Blaine, MN, and Mark of Park City, UT and grandchildren, Brian, Bethany, Kelsey and Luke.  Also surviving are two brothers, Floyd and Clinton (Dorthea) both of Ellsworth, WI; three sisters, Dorothy Johnson of Red Wing, MN, twin sister, May (Stan) Ramberg of River Falls, WI and Margaret (Glen) Dankers of Goodhue, MN; sisters-in-law, Jean Jones, Wanda Olson, Sylvia Anderson; many nieces, nephews, relatives, and friends.   Preceding him in death are his parents; four brothers, Howard, Leonard, Harold and James.  A funeral service was held Thursday, October 11, 2012 at Trinity Lutheran Church (Downtown Campus 1205 6th St.) in Hudson.  Visitation was held Wednesday, October 10, 2012 from 5-7 pm at Bakken-Young Funeral Home, Hudson and also Thursday from 10-11 am at the church.  Interment was in Willow River Cemetery.  Memorials may be designated to Maynard’s family for a future scholarship fund in his memory.  Arrangements are with Bakken-Young Funeral & Cremation Services of Hudson.