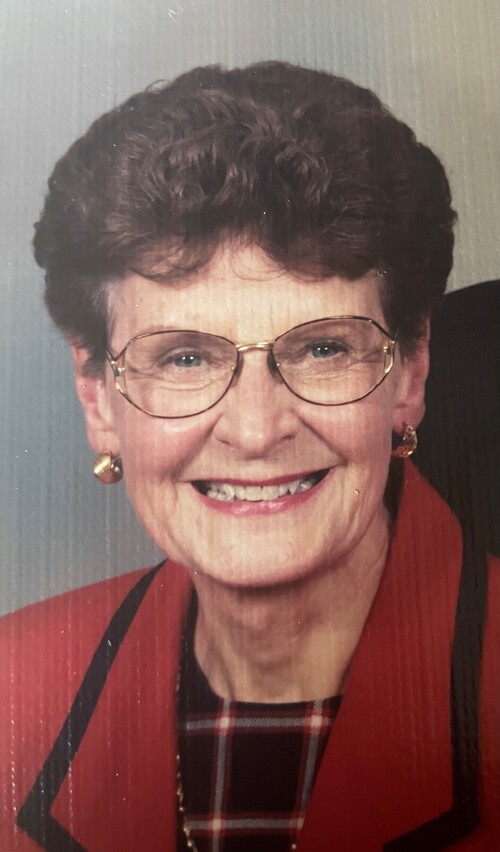 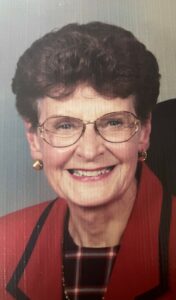 On October 10, 2022, Maxine Arlene (Lovhaug) Elling passed away at the age of 95 years. She was born on February 26, 1927, in Raleigh, North Dakota. Soon after, the family moved to Montevideo, Minnesota where Maxine (Max) grew up.
After graduation from high school Max worked for the railroad in Montevideo. It is there she met her future husband, Frederick Elling. They were married in 1948 and moved to Rochester, Minnesota. Max became a secretary at a law firm where she worked until her retirement.
Max had a number of activities she liked to do to keep herself busy. She had a keen eye for fashion which fueled her passion for shopping. Max’s quick, teasing sense of humor always kept people on their toes. She and her husband liked bird watching, bicycling, and traveling the United States. Max is probably best known for her fancy, well planned and delicious holiday meals.
Max is survived by her daughter, Nancy Burza, and her son, Michael (Ann) Elling; four grandchildren, Sara (Matt) Kleinbrook, Jesse (Jenna) Elling, Bekah Burza (Blake) DeLeon, and Andrew (Jessica) Burza; six great grandchildren, Jaxon, Ayla, and Easton Kleinbrook, Eli and Annabelle Elling, and Sage Burza DeLeon; sisters, Velma (Vern) Olson, and Janice (Russ) Smit. Max was preceded in death by her husband, Fred; brothers, Vern and Everett; sister, Doreen; and son-in-law, George Burza.
A special thanks goes out to the staff at the Kinnic Health and Rehab in River Falls, Wisconsin for their exceptional care and love over the past ten years.
A private interment will take place in Rochester, Minnesota, at a later date.  Arrangement are being made with Bakken-Young Funeral & Cremation Services in River Falls, Wisconsin.