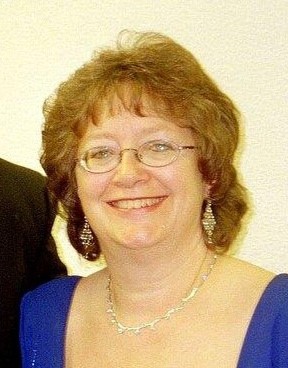 Mary Mettler, age 62, left the apples of her eyes and her weary earthly temple on February 20th, 2015 to claim a new heavenly body as she passed from this life into the loving arms of her Savior and Lord, Jesus Christ.

Mary was born on February 27th, 1952 to Clarence and Geraldine Kramer and grew up in Fall Creek, WI with her seven brothers and sisters. She found the love and rock of her life, Paul, while working as a secretary for Domain Inc. in New Richmond, and they were united in marriage on October 30th, 1976. Their union was blessed with four beautiful and devoted daughters. As a working mother, Mary took pride in her duties as church secretary at both United Methodist and First Lutheran Churches in New Richmond, payroll clerk at UFE in Stillwater, and as an HR representative and operator with her most recent employer, Phillips Plastics in New Richmond.  She enjoyed her life and was loved by many. Her hobbies included sewing, card-making, stamping, reading and traveling. Raising her girls, she chaperoned many band trips, taught Sunday school, was a charter member of Solid Rock Fellowship Church, and was one of the best cooks you would ever meet.

Mary was diagnosed with acute leukemia in September of 2007, and on February 18th of the following year she was given a second chance at life with a bone marrow transplant—a perfect match from her sister Robin. She fought a courageous battle to get well and was able to enjoy traveling with Paul, fishing Lake Michigan and doing her favorite things: spoiling and loving her grandkids.  Even after surviving an advanced, life-threatening pneumonia (ARDS) in 2010, she regained enough strength to see the last of her daughters get married and the birth of her seventh grandchild.

She will forever remain in the hearts of her beloved husband of 38 years, Paul; daughters, Molly (Josh) Fox of Roberts, Betsy (Josh) Schweitzer of Hammond, Jill (Geoff) Ekar of Hilo, HI, and Jennifer (Mark) Hutchison of St. Paul;  seven adoring grandchildren, Ashlyn, Lincoln, Ezrielle, Rhett, Kendra, Sullivan and Vanna;  mother, Geraldine Kramer of Fall Creek; three brothers, Charles (Lana) Kramer of Fall Creek, Mark (Sue) Kramer of Eau Claire, and Kevin Kramer of Junction City, KS; three sisters, Connie Kramer of Madison, Karen (Scott) Guenard of Superior, and Robin Kramer of Green Bay; sister-in-law, Judy (Robert) DeBaets of Mundelein, IL;  and two brothers-in-law Ken (Barb) Mettler of St Croix Falls and Duane (Dewey) Kunz of Augusta. She will also be deeply missed by her many nieces and nephews, as well as great-nieces, great-nephews, and her cherished friends. She was greeted in heaven by those that preceded her in death: father Clarence Kramer, sister, Nancy Kunz, parents-in law Glen and Ruth Mettler, and many other family and friends.

Special thanks to the Fairview University Medical Center, and to Bethel Care Center, for the wonderful care they gave Mary in her last years. For more information on Mary’s journey or to leave a message for family, go to her web page at www.caringbridge.com/visit/marymettler