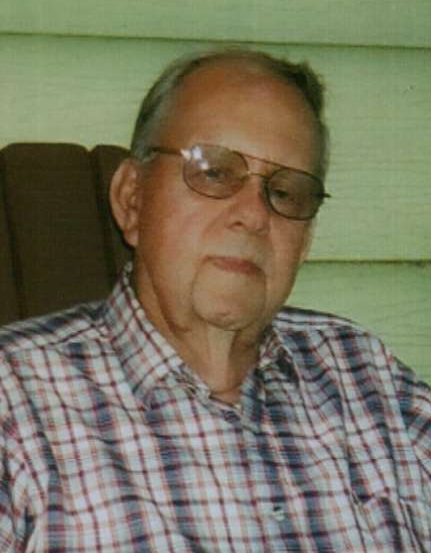 Marvin L. Widgren age 92 of River Falls died Monday, October 31, 2016 at Kinnic Health and Rehab Center in River Falls.  He was born on October 22, 1924 in Spring Valley, the son of George and Alva (Danielson) Widgren.  To who Glen and Marvin were born.  Alva later married Casper Anderson and had two more sons, Vernon and Carmen.  Marvin attended school in Spring Valley.  He served in the US Marine Corps from 1942-1945 during World War II.  On March 17, 1947, He married Betty Lou Adams of Spring Valley.  Marvin worked at a saw mill and farmed outside of Spring Valley.  He and Betty had 5 children.  The couple moved their family to River Falls in 1960.  Marvin began working at Montgomery Ward in St. Paul and retired in 1985.  He was known as a hard worker who had an abundance of patience with a sterling character.  His family remembers him as a kind and loving father who gave his family more than he ever had and was a man of his word, without judgement.  He is survived by his children, Gregg (Joan) of Texas, Candace (Ron) Lewis of New Richmond, Gary (Pam) of River Falls, Jeff (Cindy) of Farmington, WI, and Tom (Julie) of N. Hudson; grandchildren, Taleah, Shaun, Jamie, Dallas, Lindsey, Cory, Logan, Matthew, Jacob, Kaylene; great grandchildren, Tori, Tyler, Tristan, Tallee, Jayden James ; brothers, Vernon (Marilyn) Anderson, Carmen (Jeanne) Anderson; several nieces and nephews.  Marvin was preceded in death by his wife, Betty; and brother, Glen Widgren.  A funeral service was held Saturday, November 5, 2016 at 11:00 am at Ezekiel Lutheran Church in River Falls.  Visitation was held Friday, November 4, 2016 from 4-7 pm at Bakken-Young Funeral Home in River Falls and also on Saturday from 10-11 am at the church.  Interment was in Greenwood Cemetery with military honors performed by American Legion Post #121 of River Falls.  Arrangements are with Bakken-Young Funeral & Cremation Services of River Falls.