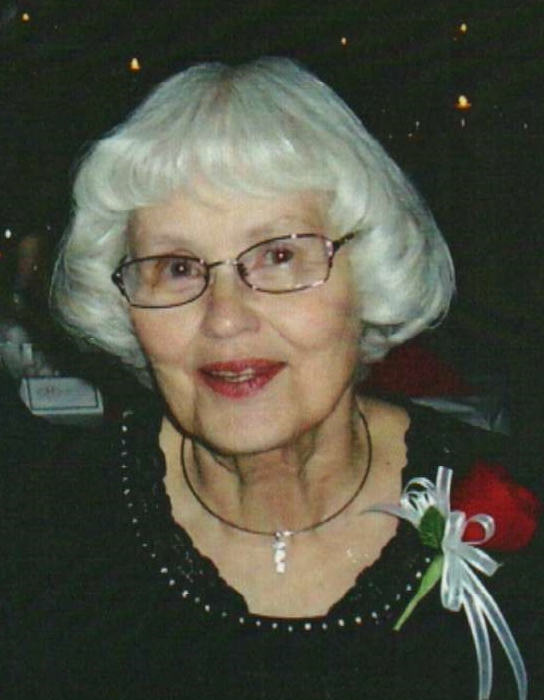 Marlys Hammer died Friday, June 27, at her home in River Falls, just three days before her 80th birthday.  Three years before she had successfully battled the cancer that gripped her, but this time she couldn’t overcome the dread disease and lost the final struggle.  She was born in Ladysmith, WI, on June 30, 1934, to Clifford and Mildred Hvass (Ekeberg).  She was baptized and confirmed in Bethany Lutheran Church in Catawba, WI.  Growing up on a farm near Kennan, WI, she attended a one-room rural school in which she was taught by her father.  Marlys entered Hawkins High School for 9th grade, spending two years there before moving to Phillips High School for her junior and senior years.  Following graduation as the Valedictorian of her class, she traveled to (now called) UW Stevens Point to earn a Two-Year Rural degree.  She began her teaching career in Bruce, WI, as a second grade teacher.  After one year she married Roger Hammer on August 6, 1955.  After another year and half, a daughter (Teri) was born, and Marlys became a “stay-at-home mom.”  Four more children were born to this marriage, Leslie, David, Sarah, and Joel, over a period of seventeen years.  The family spent four years in Bruce/Ladysmith, then moved to Stevens Point for four more.  Leaving Point in 1963, they moved to River Falls, where they have lived for over fifty years.  In August, Roger and Marlys would have been married for 59 years.  Among Marlys’ many talents were teaching, singing, playing the piano and clarinet, cake decorating, running a preschool in her home, sewing, quilting, cooking, and water color painting.  She excelled in all of them.  But her greatest accomplishments came in rosemaling, a Norwegian folk art.  She not only won awards for her painting at many shows and competitions, including a Gold Medal from the Norwegian-American Museum in Decorah, IA, but also taught the art form from New Jersey to California, Oregon, and Washington, to Texas, Colorado, the Dakotas, Iowa, Illinois, Minnesota, and Wisconsin.  She was one of two rosemaling representatives from Wisconsin to travel to Japan for an exhibition and teaching classes.  Her classes began every day with a verse from Psalms, Psalm 118:24, “This is the day the Lord has made.  Let us rejoice and be glad in it,” only one of the many ways she shared her faith in her everyday life.  She enjoyed traveling.  The highlight of her life was visiting Norway for a couple of weeks in 1999.  Other memorable trips including traveling to New England during the color season and a 22-day camping trip to Los Angeles and back with her family.  Marlys’ love for her family and people generally was seen in the smile she carried on her face and the compassion she displayed in her actions.  She especially enjoyed her grandchildren and great-grandson.  Her insights into life itself were reflected by her passion to be a friend of all whom she met.  She had a special love for a “small group” who have been together for ten years and for good friends who have supported her over the years.  Marlys is survived by her husband, Roger,  all her children, Teri (Rick) Hanson of Kennan; Leslie (Dean) Benoy of  River Falls; David (Kim) of Rochester, MN; Sarah (Jim) Conkle of Missoula, MT; and Joel of Baldwin; two sisters, Shirley of Blair and Carol of Souix Falls, SD; 10 grandchildren and 1 great-grandson.  Preceding her death were her parents.  A memorial service was held at Ezekiel Lutheran Church at 11:00 am Saturday, July 5, 2014.  Visitation times were 4:00-6:00 pm on Friday, July 4, and one hour before the service on Saturday.  All visitations were held at the church.  Arrangements are with Bakken-Young Funeral & Cremation Services of River Falls.