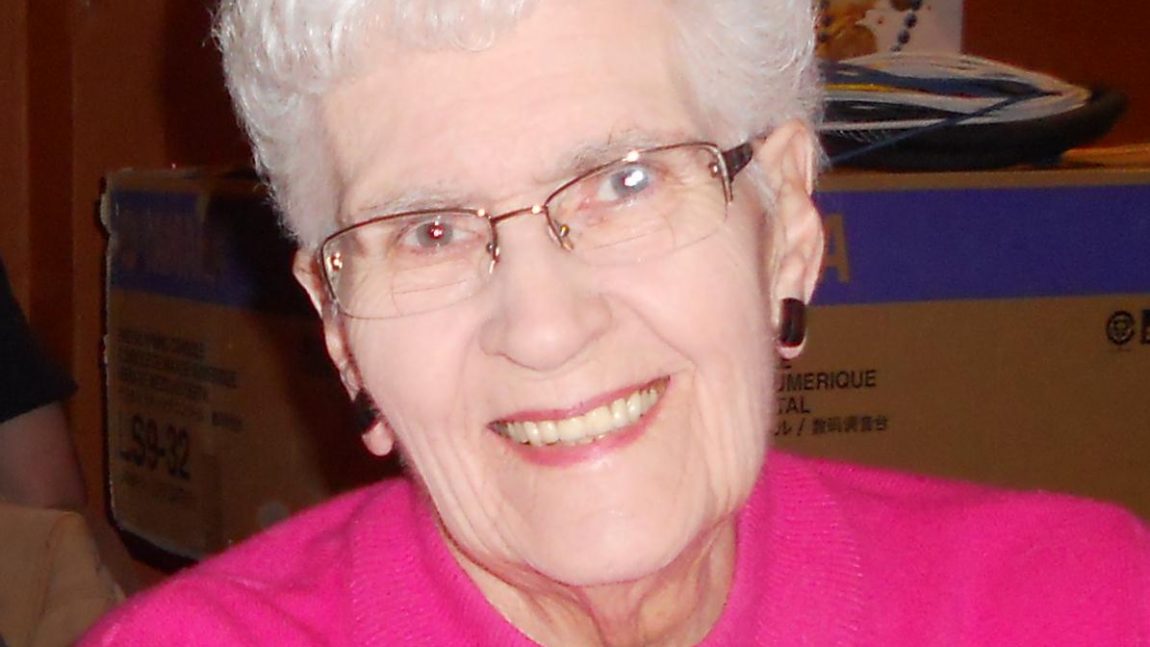 Marilyn Joy Thomas, age 82 of New Richmond, entered the presence of her Lord and Savior surrounded by her family on Thursday, March 29, 2012 at Westfields Hospital in New Richmond from complications of a stroke. Marilyn was born on July 29, 1929 the daughter of Dewey and Doris (Bernd) Uber in New Richmond. She grew up in New Richmond, graduating valedictorian of the class of 1946. Marilyn attended the University of Wisconsin Stout for one year, then attended and graduated from the Minneapolis School of Business. On June 3, 1949 she married Loren Thomas and together they started a dairy operation near Star Prairie. In 1953 they started Thomas Truck Line, which is still in the Thomas family today. Marilyn was a major part of the business running the office and driving truck when needed. She and Loren raised their four boys to know and love the Lord. She was an active member of First Baptist Church, teaching Sunday School, playing the organ, serving as a Deaconess, and leading a weekly bible study. She spent 50 years with her Homemakers club and never seemed to miss an event that her children and grandchildren were in. Marilyn enjoyed reading, knitting, crocheting, canning, baking, and lunch with friends. She was a gentle and kind woman who daily lived her strong faith and was described by many as “classy” . She is preceded in death by her parents, Dewey and Doris Uber; husband, Loren Thomas; and grandson, Derek Thomas. Marilyn is survived by her children, Keith (Patty) Thomas, Wayne (Candy) Thomas, Gene (Jan) Thomas, and Neal (Kris) Thomas; grandchildren, Cheri (Cain) Kellerman, Craig (Gail) Thomas, Rosa Thomas, Jazmin Thomas, Nicole (Ryan) Blaszczyk, Linsey Thomas, Shelley (Dave) Potter, Janelle (Lee) Smith, Liz Thomas and Rachel Thomas; great-grandchildren, Malachi, Ari, Elijah, Ella, Iva, Noah, Joslyn, Dia, Jackson, Abby, Brooke, Claire, Grady, Alivia, Nolan, and Aleya; sister-in-law, Loretta (Chris) Bethke; and many other relatives and friends. A Funeral Service was held Monday, April 2, 2012 at 11 am at First Baptist Church in New Richmond. Visitation was held Sunday, April 1, 2012 from 4-8 pm at First Baptist Church and on Monday from 10-11 am at the church. Interment was in New Richmond Cemetery. Arrangements were with Bakken-Young Funeral & Cremation Services Beebe Chapel of New Richmond.