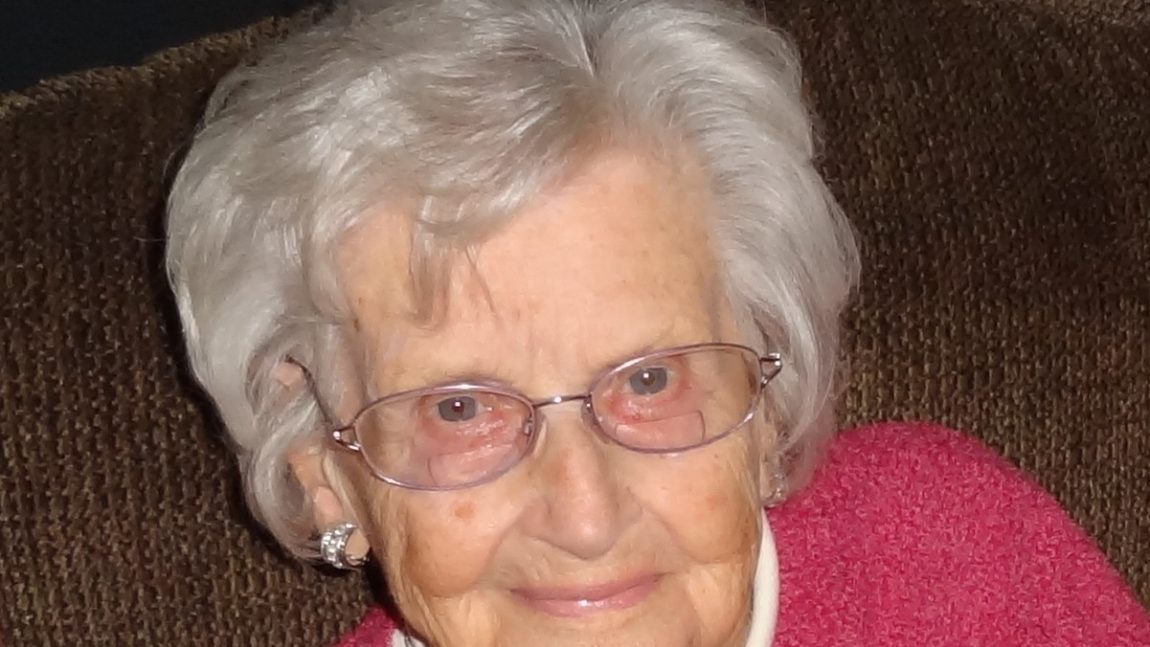 Marie L. Schoeder nee Borg, age 97 of Potter Ridge Assisted Living in Red Wing, formerly of Maiden Rock, died Wednesday, February 29, 2012 at the Plum City Care Center.  Marie was born the daughter of Adolph and Francis (Loechler) Borg on September 9, 1914 in Plum City.  The family moved to North Dakota when she was only 1 year old.  In 1925, after her father’s death, they moved back to Wisconsin.  Marie graduated from Arkansaw High School with the class of 1933.  On September 23, 1943, she was married to Robert Schoeder.  They farmed in rural Plum City until 1960 when they bought Bob’s Bar in Maiden Rock.  They ran the bar for a few years then opened Bob’s Cafe.  After selling the restaurant, they bought a house in Maiden Rock.  Marie enjoyed her home and her yard.  She loved to cook, sew, crochet, and keep her flower gardens.  Marie loved to entertain no matter the event.  She was a member of the Maiden Rock United Methodist Church, the Maiden Rock Seniors, and the Community Association.  She was a wonderful and loving mother, mother-in-law, grandmother and great-grandmother.  She is preceded in death by her parents, Adolph and Francis Borg; husband, Robert Schoeder; and sisters, Hazel Ames and Maybelle Blomstrom.  Marie is survived by her children, Lorna (Alvin) Eidem of Esdaile, WI and Betty (Elliot) Bjurquist of Lund, WI; grandchildren, Christine (Kevin) Ballman, Amy (Travis) Hoyer, John (Robin Swenson) Snow, Dan Bjurquist, and Andy Bjurquist; great-grandchildren, Tyler, Connor, Ethan, Nathan, and Micah Ballman and Clint and Savanna Hoyer; and many other relatives and friends.  A Funeral Service was held on Saturday, March 3, 2012 at 2 pm at the Maiden Rock United Methodist Church.  Visitation was held on Friday, March 2, 2012 from 5-7 pm at the Bakken-Young Funeral Home in Maiden Rock and on Saturday from 1-2 pm at the church.  Interment was in the Freehome Cemetery in rural Plum City.  Arrangements were with Bakken-Young Funeral & Cremation Services of Maiden Rock.