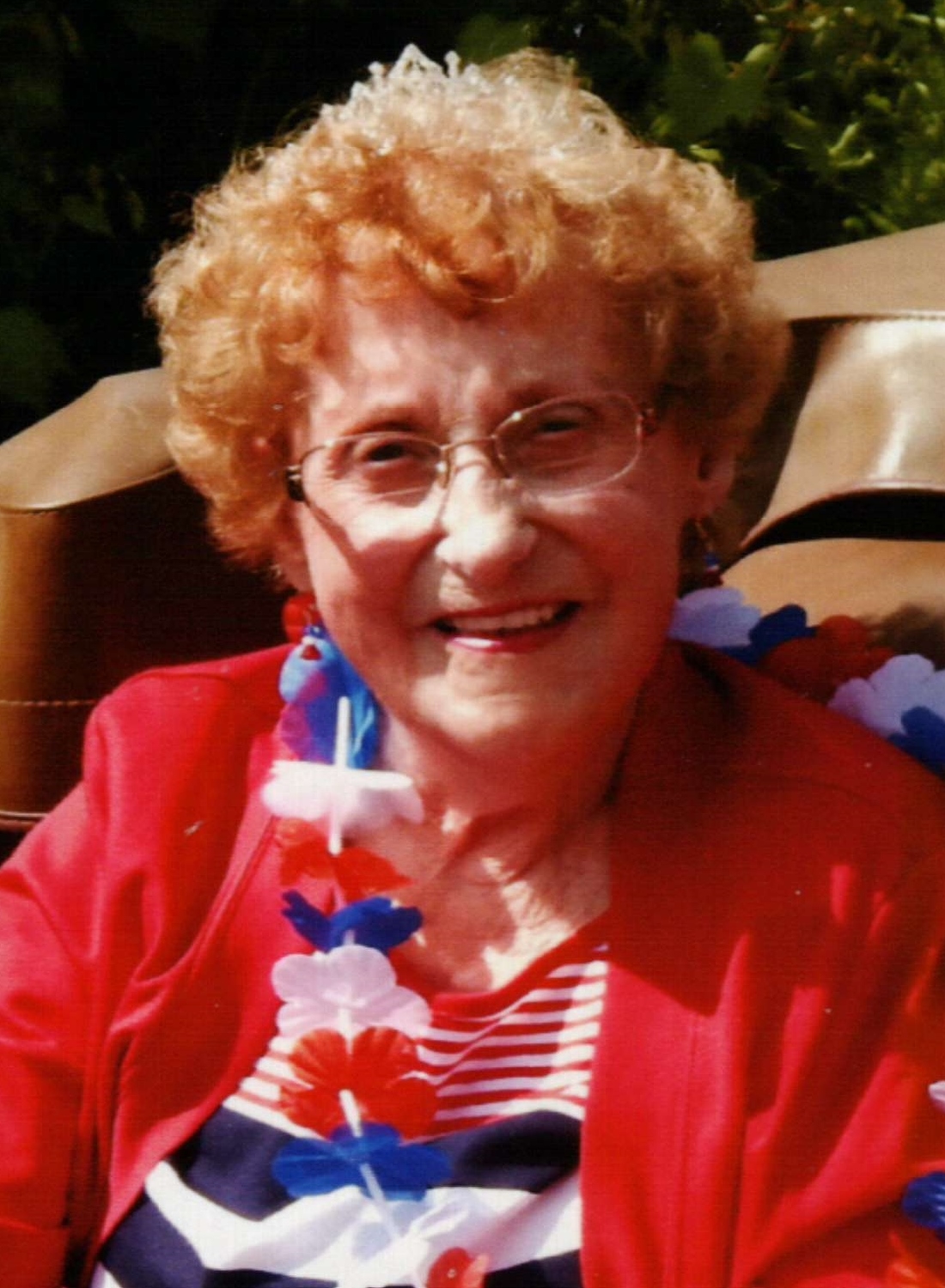 Marian Mae (Schrader) Grotthus passed away October 17, 2014 surrounded by her loving family.  She was the daughter of Leonard and Alice (Kannel) Schrader.  Born on March 19, 1931.  She attended the Big Arkansaw School.  After attending school she worked as a waitress at Kezas Café and Clara Café in Durand.  She married Oliver John Grotthus on April 7, 1952 at the Little Brown Church in Nashua, Iowa.  Early in their married life they had a restaurant called the Highway Inn in St. Paul, MN.  Her customers loved her homemade pies and doughnuts which were made fresh daily.  They later moved to Stockholm where they raised their wonderful family.  Later she drove truck and delivered mail to local postal offices for the US postal department.  She enjoyed this and made many friends during her career.  Marian enjoyed and loved to be with family, grandchildren, and friends.  She loved being in the kitchen making favorite meals and goodies for all.  She was a member of the Calvary Covenant Church in Stockholm.  She belonged to Covenant Women and helped prepare many luncheons, pie and ice cream socials, special meals and treats.  She is survived by her husband Ollie of 62 years and family, Shari (Merlin) Samuel of Ellsworth, WI, Terry (Jackie) Grotthus of Chippewa Falls, WI, and Patricia (Kenneth) Jansky of Eau Claire, WI.  Grandchildren, Jacob Grotthus, Jenna (Matthew) Julson, Aaron Samuel, Tyler Samuel, Amelia Jansky and Breanna Jansky.  Great-grandchildren, Reed, Justin, and Ryan Julson.  She is also survived by two sisters, Irma Bauer of Illinois and Elaine Brunner of Arkansaw, WI; one brother, Bill (Ruth) Schrader, WI, sister-in-law, Esther Schrader of Eau Claire, WI, and cousin, Marian Keapproth of St. Paul, MN.  She was preceded in death by her parents, Leonard and Alice Schrader, brother, Donald Schrader, in-laws, Olaf and Eva Grotthus, brother-in-law, Douglas Brunner, sister-in-law, Connie Jungers, and cousin Morris Keapproth.  A Funeral Service was held on Tuesday, October 21, 2014 at 11 am at Calvary Covenant Church in Stockholm, WI.  Visiation was on Monday, October 20, 2014 from 5-8 pm at the Bakken-Young Funeral Home in Maiden Rock and on Tuesday from 10-11 am at the church.  Interment was in the Oakland Cemetery in Stockholm.  The family would like to thank Mayo Clinic Wabasha Hospice for assisting in Marian’s care at home.   Arrangements are with Bakken-Young Funeral & Cremation Services of Maiden Rock.