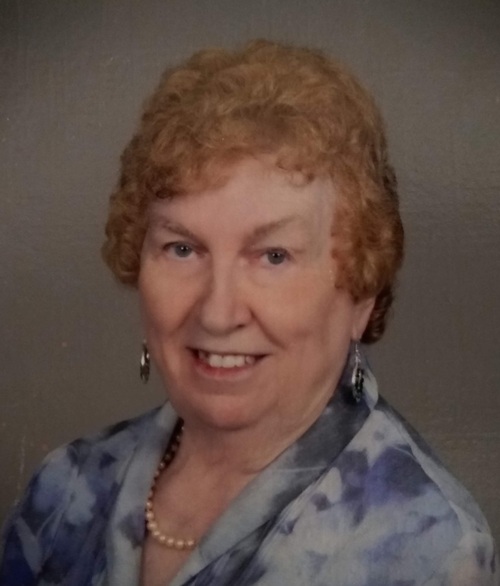 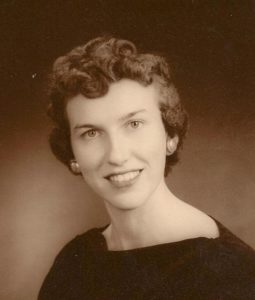 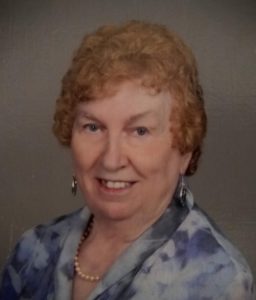 Margaret “Peggy” Gross, age 81, passed away on August 12, 2019 in River Falls, WI.  Peggy was born on October 25, 1937 as the youngest child and only daughter of Matthew and Mary Quinn.  Growing up in Ellsworth, Peggy enjoyed being the apple of her father’s eye and baby sister to her three older brothers, playing the organ at St. Francis Church, making many lifelong friends and dating her high school sweetheart, Merlin Gross.  After graduating from Ellsworth High School as an honor student in 1955, Peggy attended St. Catherine’s nursing school where she graduated in 1959.  Peggy married Merlin in 1961.  They spent their early years together in LaCrosse, Duluth and Bismarck.  They eventually settled down in Cottage Grove, where they raised four boys while Peggy worked as a nurse.  Peggy enjoyed playing cards, camping, seeing cardinals appear in her garden, cheering for sports and being an active member of St. Rita’s Church.  Some highlights of her life aside from her wedding, the birth of her children and grandchildren, were cheering “Kirby!” and “Puck-Puck-Puckett!” with her Homer-Hanky as the Twins won the World Series on her 50th birthday, and kissing the Blarney Stone in Ireland.  Peggy was an extrovert and loved every opportunity to socialize with family and friends, often meeting over coffee or having long talks on the phone, and she enjoyed striking up a conversation with a stranger at just about any place she went.  She maintained a good sense of humor throughout her life, and she always enjoyed a good April Fool’s joke.  Preceded in death by her loving husband Merlin, parents Matthew and Mary and brothers Donald, William and Matthew (“Jim”), Peggy leaves behind four beloved sons and daughters-in-law (twelve grandchildren) Thomas and Carolyn, Timothy and Sandra (Brittany, Timothy, Stephanie), Todd and Kristine (Crystal, Caleb, Carissa, Cara, Corinna) and Troy and Rhonda (Abby, Seth, Alyssa, Brady).   A Memorial Mass was held on Saturday August 31, 2019 at 11 am at St. Bridget Catholic Church, 211 E Division Street, River Falls, WI.  There was a Visitation from 10 am to 11 am at the church prior to the Memorial Mass.  Interment was in St. Francis Cemetery in Ellsworth, WI.  Arrangements are with Bakken-Young Funeral & Cremation Services.