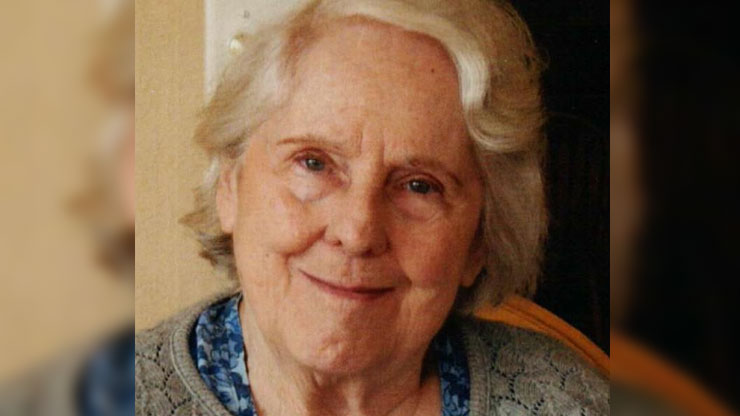 Malvina (Molly) Pfuehler of River Falls, 88, died May 31, 2016, while a resident of Comforts of Home where she’s lived since fall 2008.
The daughter of Polish immigrants who came to America in the early 1900s, Molly was born July 4, 1927, in South Bend, Ind. The youngest of seven children- “the baby of the family”- Molly graduated from South Bend Catholic High school in 1945.
She went on to study at Layton School of Art in Milwaukee. There she met another student, Donald Pfuehler. The two were married Nov. 6, 1954. After starting a family in Milwaukee the couple moved to Oconomowoc, a small town 30 miles west. While raising a family, Molly worked at Deer Park Pharmacy in charge of cosmetics and greeting cards. Later, after her children were grown and she and Donald moved, she did similar work for a pharmacy in Waukesha.
Molly was an avid reader, often having several books going at the same time and reading them late into the night. She loved reading about history, philosophy, spirituality and scientific discoveries, including the origins of the universe and the meaning of life. She was also a conservationist, and supporting causes like saving wolves and other endangered animal and plant species.
At one-time Molly was elected president of the Oconomowoc Writers Club. She was a great admirer of America’s third President Thomas Jefferson, reading countless books and biographies about Jefferson, visiting Jefferson’s home in Monticello, Virg., and, in 1998, donating her private collection of Jefferson memorabilia to the new River Falls Public Library.
Molly was known by family and friends for her selfless caring and compassion. She took care of her younger son at home as he was dying of AIDS and did the same for many years when her husband’s health declined from Parkinson’s disease.
Molly will be remembered for a cheerful disposition she had until her last day. At Comforts of Home, she would typically say, “I have no complaints, can you believe it?”
Molly was also a patriotic American who took particular joy and pride in having a July 4th birthday.
Molly was preceded in death by her parents, four brothers, two sisters, husband, and younger son, Jay.
She is survived by her older son, Phil (and Kim) Pfuehler of River Falls; two granddaughters, Maria (Jesse Johnson) and Julia; great-granddaughters, Charlie and Eddie.
The family acknowledges the good care and attention Molly received for almost 8 years from the Comforts of Home staff. Private services will be held and cremation services were provided by Bakken-Young in River Falls.