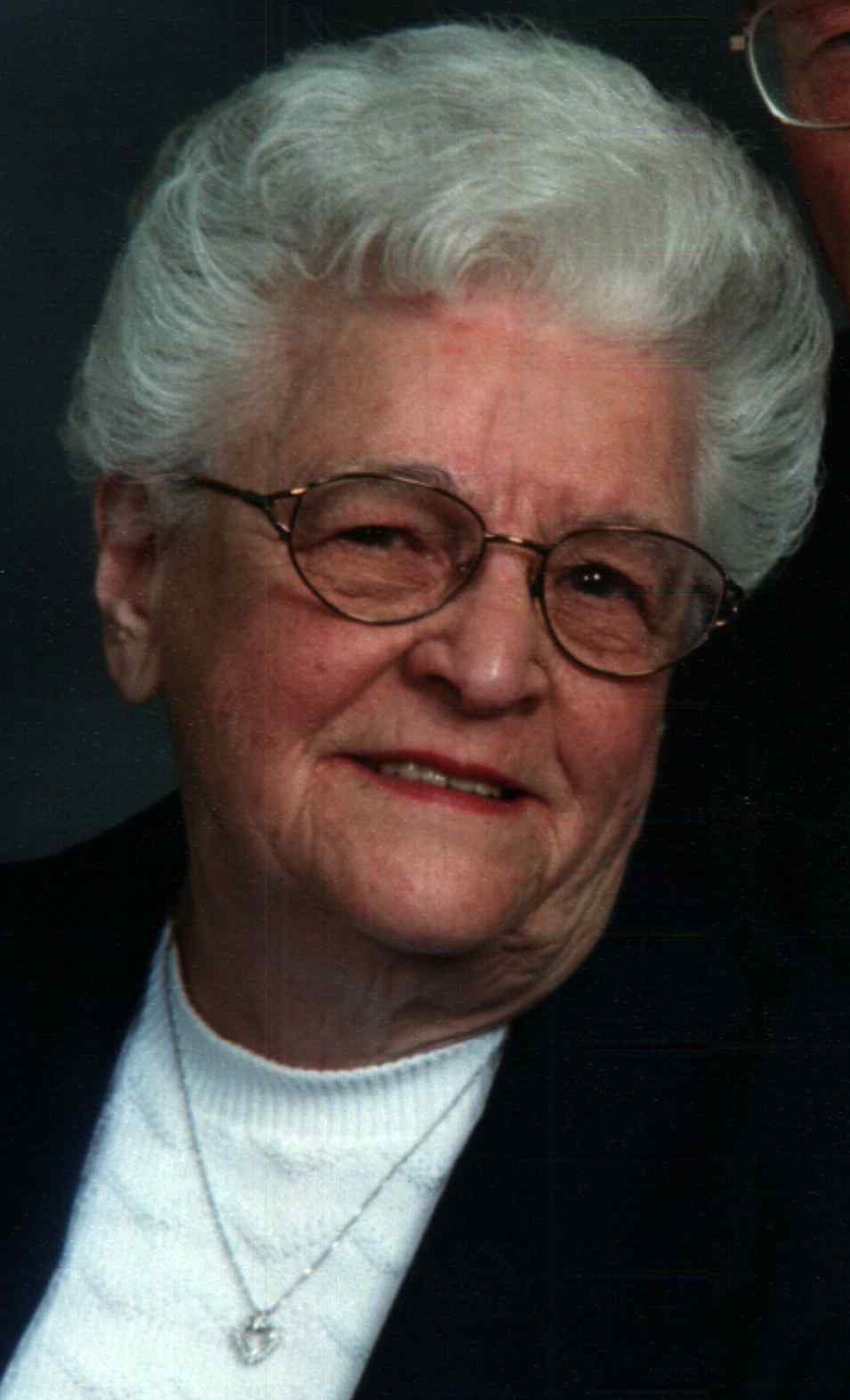 Mae Marion Vehrs, age 95 of New Richmond, died on Thursday, March 19, 2015 at the St. Croix Health Center.  Born May 16, 1919 as Mae Marion Rylander to Carl Edwin Rylander and Mabel Anderson Rylander in Barronett, WI.  In her youth, Mae was raised n Barronett.  She attended the Rylander School which her grandfather Frank Rylander built.  She attended her first year of high school in Minneapolis, MN, then graduated from Shell Lake High School with the class of 1937.  On April 29, 1938 she married Carl F. Schmidt from Sarona, WI.  To this union was born a son, Wayne Carl and daughter, Donna Mae.  They farmed in Long Lake, WI for approximately 15 years.  The family moved to Chisholm, MN where Carl worked for Prudential Life Insurance.  When the company promoted him in 1957, the family moved to Minot, ND.  Mae and Carl divorced in 1961 and Mae moved back to live with her parents in Barronett.  She also lived with her brother, Edwin Bud Rylander in Cumberland, WI for a time.  On September 14, 1968, Mae married Harlan R. Vehrs at the First Lutheran Church in Cumberland.  They moved to New Richmond.  After farming in Long Lake, Mae was employed by the Arrow Shirt Factory in Chisholm where she sewed leather jackets and dress shirts for men.  In Minot she worked for Tollefson Furniture Store where she became a professional drapery maker.  After returning to Barronett she worked for Falcon Drill Company.  Mae continued her skill of drapery making for many years.  She was active in the Homemakers Association for over 50 years, a member of the Bee Keeping association, Order of the Eastern Star, and an active member of both the Lutheran and Methodist churches.  Mae started the Peace Corp Sewing Group at the New Richmond United Methodist Church which she chaired for 27 years.  She was preceded in death by her parents; siblings, Glen (Marge) Rylander, Lawrence (Dorothy) Rylander, Bud (Ruth) Rylander; and daughter-in-law, Karen Schmidt.  Mae is survived by her husband, Harlan Vehrs; children, Wayne Schmidt of DeKalb, IL and Donna Zorn of Seattle, WA; 5 grandchildren; 12 great-grandchildren; brothers-in-law, Roger Vehrs, Allan Vehrs both of New Richmond; and many nieces and nephews.  A Funeral Service was held on Saturday, April 18, 2015 at 11 am at the New Richmond United Methodist Church.  Visitation was also held on Friday, April 17, 2015 from 5-7 pm with an Order of the Eastern Star service at 7 pm at the Bakken-Young Beebe Chapel in New Richmond and on Saturday, April 18, 2015 from 10-11 am at the church.  Interment was in the New Richmond Cemetery.  Arrangements are with Bakken-Young Funeral & Cremation Services Beebe Chapel of New Richmond.