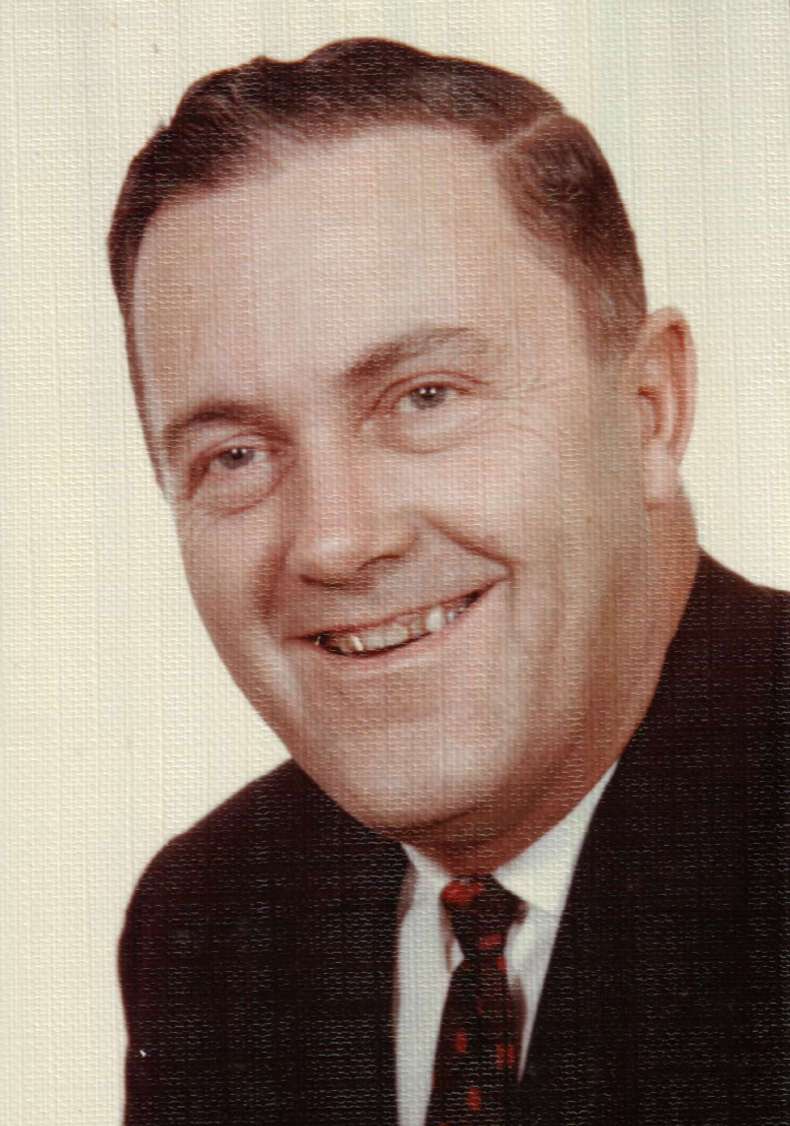 Lyle Kenneth Kellaher, age 96 of New Richmond, died on Wednesday, January 22, 2014 at the American Heritage Care Center in Hammond, WI.  Lyle was born the son of Edward and Clara (Nygard) Kellaher on November 4, 1917 in New Richmond, WI.  He was a graduate of New Richmond High School.  Lyle was drafted by the Milwaukee Braves, now in Atlanta, and played in their farm system with the Wausau Lumberjacks.  He served in the Army from 1942-1946.  He attended Moorhead State University.  On November 4, 1940, he married Louise Amy Rundhammer at the Little Brown Church in Vale, Iowa.  Lyle came home to New Richmond and went to work with his father at Kellaher’s Bar which he owned and operated the rest of his life.  He also ran Kellaher’s Sporting Goods, selling Alumacraft boats and Johnson Motors, from 1958 – 1973.  Lyle played for and managed the New Richmond Millers.  They won the State AA Championship in 1949.  He served on the St. Croix County Board for 14 years.  He also served on the New Richmond City Council for 14 years and the St. Croix County Veteran’s Service Commission for 60 years.  Lyle enjoyed fishing and serving the community.  He was mild mannered and kind, and never forgot a name.  He is preceded in death by his wife, Louise Kellaher (1994); and sister, June Parent.  Lyle is survived by his sons, Lynn Kellaher and Lee (LeAnn) Kellaher; grandchildren, Mark Kellaher and Kirstin Kellaher; sister, Margaret Vanasse; and many nieces and nephews.  A Memorial Service was held on Wednesday, January 29, 2014 at 2 pm at the Deerfield Chapel 1127 W 8th Street New Richmond, WI.  Visitation was also Wednesday from 1-2 at the Deerfield.  Spring interment will be in New Richmond Cemetery.  In lieu of flowers, memorials are preferred.  At the end of an era, Kellaher’s Bar would like to say Thank You to the many friends and patrons through 110 years.  Arrangements are with Bakken-Young Funeral & Cremation Services Beebe Chapel of New Richmond.