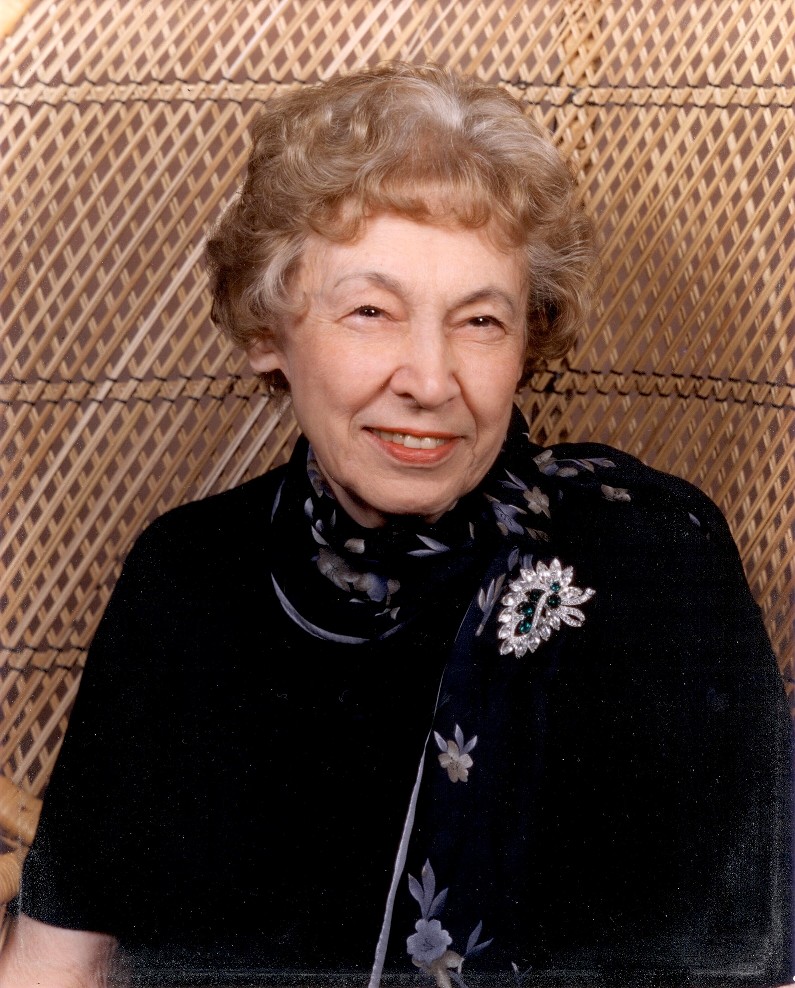 Lucile Hertel Ringel Kitzerow  was born, in Olivia, Minnesota, on April 2, 1914, to Ernest and Helena (Miller) Hertel, the youngest of six children.   She died on November 29, 2010, at the Lutheran Home in River Falls at the age of 96.  After graduation from Olivia High School, she worked for Renville County and the Olivia School District.  Her mother died in 1933 and she was the caretaker for her father until his death in 1941.  She then moved to Washington, DC, where she worked for the federal government.   She transferred to Chicago where she married her voice teacher, Dr. Harvey Ringel, on September 1, 1945.  Her love of music was an avocation to her career as an office manager.  She performed primarily in the Chicago area in recitals, church choirs, temple services, and oratorios as a soloist and choral member.  Lucile assisted her husband in publishing the history of the National Association of Teachers of Singing (NATS) as well as helping him during his 25 years as the editor of the Association’s magazine.  She was a long-time member of the Lakeview Music Society and Mu Phi Epsilon, a music sorority.  Dr. Ringel died on January 26, 1992.  She continued living in Flossmoor, Illinois, until she moved to River Falls, Wisconsin, in 1999.  On April 25, 2002 she married Walter Kitzerow.  Walter died on December 25, 2005.  She lived in the Well Haven Apartments until July of 2010, when she moved to the Lutheran Home in River Falls.  She was preceded in death by her parents, two husbands, and her three brothers and two sisters, three sisters-in-law and a brother-in-law, and one niece and one nephew.  Lucile is survived by her nieces and nephews:  Duane (Marlene) Hertel, Leawood, KS;  Marilyn (Stan) George, Gilroy, CA; Richard (Mary) Hertel, Fort Wayne, IN;  Ann (Bob) Gustafson, River Falls, WI; Milt (Barb) Hertel,  Shoreview, MN; and  Jerry Hertel,  Camas, WA.  In addition, she is survived by seven grand nieces and nephews as well as 9 great grand nieces and nephews.  A Memorial Service was held on Tuesday, December 28, 2010 at 11 am at the First Congregational Church in River Falls.  Arrangements were with Bakken-Young Funeral & Cremation Services of River Falls.