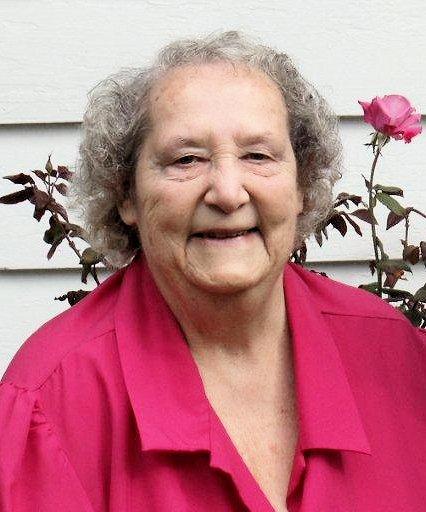 Lorraine Harvey, age 74 of Maiden Rock, died Tuesday, May 15, 2012 at The Lutheran Home in River Falls.  Lorraine was born the daughter of Frank and Gladys (Wenzel) Giampolo on August 20, 1937 in St. Paul, MN.  She graduated from North St. Paul High School, and worked at Smead in Hastings.  She met her future husband, Milo Harvey on a blind date set up by friends from work.  They were married on November 5, 1960 in Hastings.    Lorraine and Milo farmed together until 1988.  She loved to cook, bake, travel and spoil her grandchildren.  She was  hard working, generous and caring, and loved to help others.  She is preceded in death by her parents; sister, Arlene Teuber; brother-in-law, Archie Harvey; and infant grandson, William Taylor.  Lorraine is survived by her husband, Milo Harvey; children, David Harvey, Linda (Daniel) Taylor, Steven (Cathy) Harvey; grandchildren, Katie Taylor, Logan Harvey, Megan Harvey; brothers, Frank (Lorie) Giampaolo, Daryl (Karen) Giampolo; brother-in-law, Wallace (Nelda) Harvey; and many nieces, nephews, relatives and friends.  A Memorial Service was held on Saturday, May 19, 2012 at 2 pm at the Ono United Methodist Church.  Visitation was also on Saturday from 12pm – 2pm at the church.  Interment will be in the Ono Cemetery at a later date.  Arrangements are with Bakken-Young Funeral & Cremation Services of Maiden Rock.