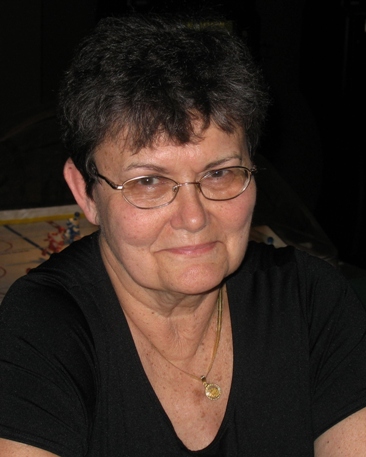 Loralei Ann Miller, age 70 of New Richmond, passed away on Saturday, September 8, 2012 at her home surrounded by her family.  Loralei was born the daughter of Henry and Helen (Thiel) Korlin on August 5, 1942 in St. Paul, MN.  She grew up in North St. Paul graduating from North St. Paul High School with the class of 1960.  She received her nurses training at Minneapolis General Hospital.  On December 15, 1962, Loralei married Russell Miller at Christ Lutheran Church in North St. Paul.  She worked as an RN at Anchor Hospital and Ramsey County Medical Center.  She took eight years off from nursing while their children were little.  Loralei returned to Ramsey County Medical Center until the commute became too much.  She spent a short time at Holy Family Hospital before going to work at Lakeview Hospital where she spent over 20 years.  She was a part of the Willow River Piece Makers Quilting Group and spent many years in bowling leagues in New Richmond.  She was a member of St. Luke’s Lutheran Church in New Richmond.  Loralei enjoyed traveling in their motor home.  Her goal of touring all 50 state capitols took them through 29 state houses.  She loved being a mother and grandmother and was her children and grandchildren’s biggest sports fan.  She excelled at needle work; quilting, sewing, crocheting, knitting, cross stitch, and always had her handiwork nearby when time would permit.  Loralei was humble and kind and always greeted you with a smile.  She is preceded in death by her parents, Henry and Helen Korlin; brother, Dennis Korlin; and grandson, Samson Miller;  Loralei is survived by her husband, Russell Miller; children, Scott (Dianne) Miller, Merrie Helen (Jim) Tschida, Brett (Jennifer) Miller, Aaron (Stacy) Miller; grandchildren, Noah, Makinzie, and Howard Miller, Kyle, Travis, Loralei, and Danny Tschida, Madilynn and Emelia Leininger, Jacob and Emma Miller; siblings, Tom (Nancy) Korlin, Shari (Ken) Ljung; and many nieces, nephews, relatives and friends.  A memorial service was held Thursday, September 13, 2012 at 12:00 noon at St. Luke’s Lutheran Church in New Richmond.  Visitation was also Thursday from 11:00-12:00 at the church.  Arrangements are with Bakken-Young Funeral & Cremation Services Beebe Chapel of New Richmond.