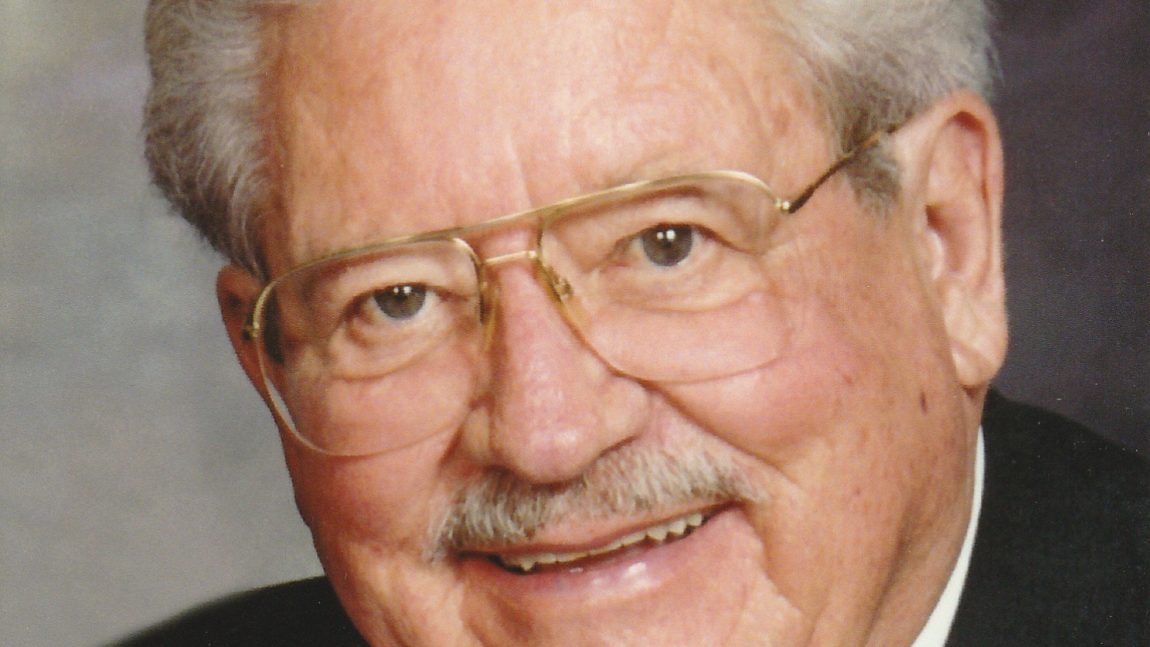 Lloyd Byron Scheide, Sr., age 93, died on Friday, May 13, 2016 at the Christian Community Home in Hudson, WI.  Lloyd was born in Carrington, North Dakota on November 11, 1922, to Walter and Ruth (Laughlin) Scheide.  One year later, the family moved to Bay City, WI where Walter’s family resided.  Lloyd attended Forest Home Elementary School located in Hartland Township, and then Ellsworth High School.  Following graduation, he enrolled at the River Falls Teachers College.  As with many other young men at that time, he went on active duty with the Armed Forces in 1942 and returned to civilian life in 1946.  During his time in the service, he married Doris Stockwell in 1943.  They later divorced.  He married Josephine Sinkule on June 12, 1971.  Lloyd leaves behind six children, Lloyd, Jr. “Pete” (Kwi Lin), Patricia (Ronald) Anderson, Ann (Michael) Collins, John, James (Mary), and Lawrence; five grandchildren, Ryan (Amy), Erik (Brenda), Ian (Christina), Rachel and Leah; and five great-grandchildren.  He was preceded in death by his wife, Josephine; parents, Walter and Ruth; brother, Milo; and sister, Marion Christianson.  Lloyd was affiliated with A-1 Machinery and Auto in Ellsworth until 1954, at which time he entered the federal civilian service, working for the Federal Crop Insurance Corporation and U.S. Department of Agriculture in several states until 1985.  At that time, he and Josephine started a consulting business which they operated until they retired in 1993.  They then made their home in LaCrescent, MN.  For more than 50 years, Lloyd was a charter member of the Kinne-Englehart American Legion Post in Ellsworth.  He was also a long-time member of Hancock Masonic Lodge #229 in Ellsworth, and the Scottish Rites Valley of Madison.  As a member of the Zor Shrine in Madison, he was active in the Camel Patrol Unit for eight years.  Mass of Christian Burial will be held on Sunday, May 22, 2016 at 2 pm at St. Bridget Church in River Falls, WI.  Visitation will also be Sunday, May 22, 2016 from 1-2 pm at the church.  Interment will be in Hartland Cemetery in the town of Hartland, Pierce County, WI.  In lieu of flowers, memorials may be directed to the Hartland Cemetery Perpetual Care Fund.  Arrangements are with Bakken-Young Funeral & Cremation Services of River Falls.