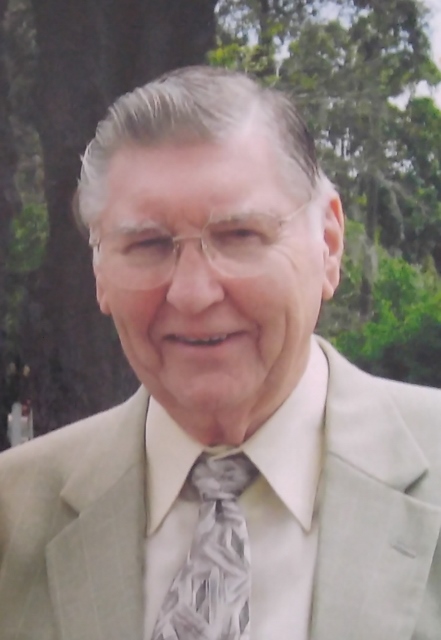 Leslie H. Ryberg, age 95 of New Richmond, died on Thursday, November 26, 2015 at Westfields Hospital in New Richmond.  Les was born the son of Melvin and Selma (Johnson) Ryberg on May 21, 1920 in the Town of Alden, Polk County, Wisconsin.  He grew up in New Richmond and graduated from New Richmond High School with the class of 1938.  Les served in the Army Air Corps from 1942 to 1945.  He was commissioned as a flight officer who served as a flight engineer on a B29.  Upon completion of his service, Les helped to organize Company B of the National Guard in New Richmond. After returning from the service, Les started at the New Richmond Post Office.  In April of 1946, the Post Office added home delivery.  Les was one of the two home delivery carriers at that time.  He later became the carrier for Rural Route 3.  Les retired from the post office in 1979 after 33 years.  and On April 18, 1945 Les was married to Marjorie Kohlrusch at Trinity Lutheran Church in Amarillo, Texas.  He and Marjorie enjoyed spending winters in Florida during retirement.  He enjoyed wood carving, drawing, playing billiards, and carpentry.  Les was a wonderful husband, father and grandfather.  He insisted on perfection, and was very hospitable with people.  Les had been a member of the First Baptist Church for 69 years.  He is preceded in death by his parents, Melvin and Selma Ryberg; sisters, Evelyn (James) Lindberg, Helen Boettcher, and Thelma Ryberg.  Les is survived by his wife, Marjorie Ryberg; sons, John (Haesun) Ryberg and Jeffrey (Pamela) Ryberg; grandchildren, Jaysen (Deanna) Ryberg, Justin (Ashley) Ryberg, Alaina Ryberg, Khiel Ryberg, Caleb Ryberg; great-grandchildren, Jayden, Jayce, Dennay, Kalea, Austin, Adelaide; stepchildren, Theresa (Tommy) Lathrop and children, Chad (Amanda) Frisky and children; brother-in-law, Roland Boettcher; and many other relatives and friends.  A Funeral Service was held on Wednesday, December 2, 2015 at 1 pm at the First Baptist Church in New Richmond.  Visitation was on Tuesday, December 1, 2015 from 5-8 pm at First Baptist Church and on Wednesday from 12-1pm.  Interment was in the New Richmond Cemetery.  Arrangements are with Bakken-Young Funeral & Cremation Services Beebe Chapel of New Richmond.