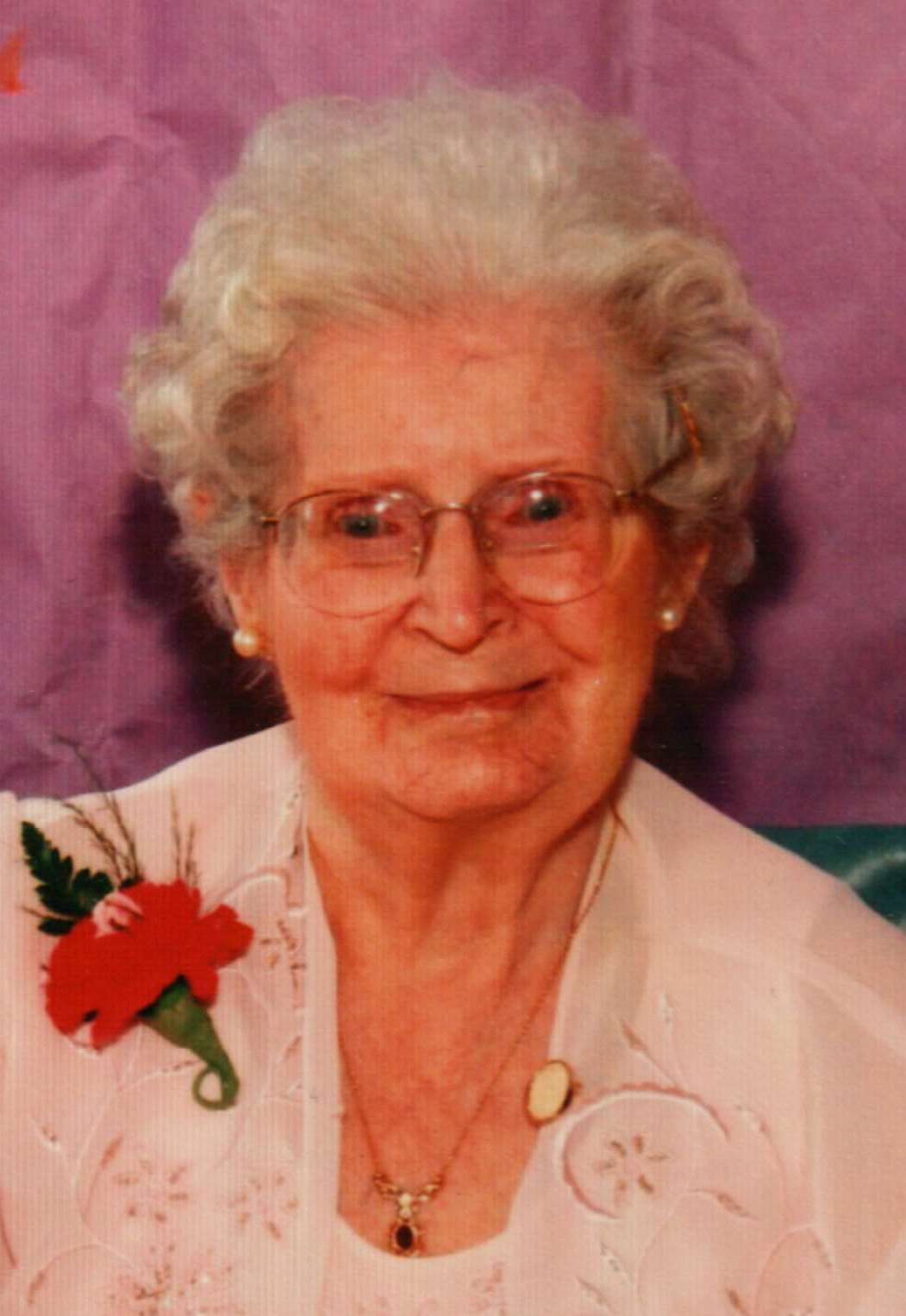 Leona Eileen (Pickard) Bulman age 92 of New Richmond, died Sunday, August 28, 2011 at the St. Croix Health Center.  She was born February 10, 1919 the daughter of William and Ruth (Fagenstrom) Pickard.  On October 20, 1945, Leona married Merwin Bulman in Menomonie, WI.  She was a homemaker most of her life and enjoyed canning, sewing and gardening.  Leona was always active at her church and loved spending time with her family.  She lived in Colorado until Merwin’s death in 1996, and returned to New Richmond from South Carolina in 2007.  Leona resided at the St. Croix Health Center where she received excellent care and gained another family.  She is survived by daughters, Linda (Dan) Trotter of Dalzell, SC and Jodi Bulman of Greenville, SC; daughter-in-law, Diane Bulman of New Richmond; grandchildren, Joel, Tara, Tyler, Brittany; great-grandchildren, Owen, Roni, Levi; and brother, Loren Pickard of Amery.  In addition to her husband, Leona was preceded in death by her son, Curtis Bulman and brothers, Wilmer and Eugene Pickard.  A funeral service was held Thursday, September 1, 2011 at 11:00 am at Bakken-Young Funeral Home- Beebe Chapel in New Richmond.  Visitation was Wednesday, August 31st from 5-8 pm at the funeral home and also Thursday, September 1st from 10-11 am before the service.  Interment was in New Haven Cemetery in Connorsville, WI.  Arrangements were with Bakken-Young Funeral & Cremation Services of New Richmond.