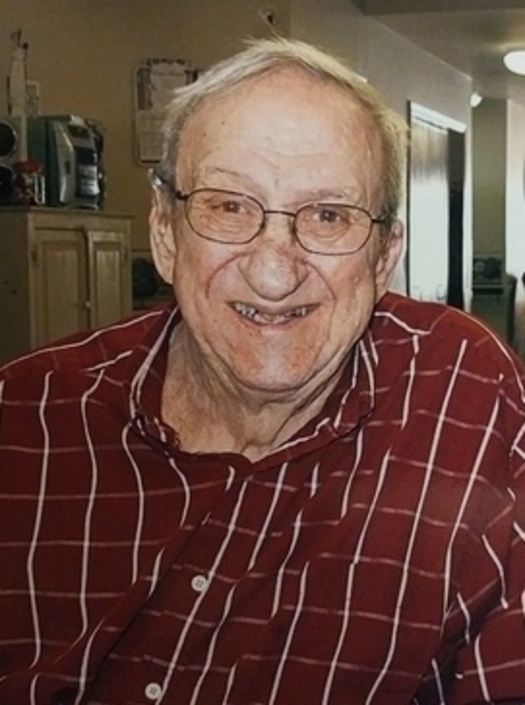 Leo Roy Thompson, age 88 of New Richmond died Monday, February 27, 2017 at the Deerfield Gables Care Center.  He was born the son of Raymond and Ida (Neumann) Thompson on March 23, 1928 in Altura, MN.  In 1934 the family moved to a farm near Deer Park, WI.  On July 19, 1952, Leo married Ethel Frank.  They lived on the farm until Leo was drafted into the Army.  After serving his country, Leo and family moved into New Richmond.  In 1959 they moved to Boardman.  Leo worked at United Refrigerator in Hudson for many years.  He later worked at Doboy Packaging in New Richmond.  Leo and Ethel were caretakers for Boardman Cemetery for many years.  Leo was known for repairing bicycles for many of the kids that grew up in Boardman.  He enjoyed camping and fishing, taking many trips to Canada as well as lakes in Wisconsin and Minnesota.  He especially loved taking his grandchildren fishing.  Riding snowmobile was another pastime Leo enjoyed, ATVs too.  In 2010, Leo moved to Our House Assisted Living in New Richmond and later to the Deerfield Gables.  He is preceded in death by his parents, Raymond and Ida Thompson; wife, Ethel Thompson; and brothers-in-law, Raymond Hammelman and Harvey Frank.  Leo is survived by his children, Roger (Gay) Thompson, Judy (Roger) Moore, Linda (Terry) Miller; grandchildren, Tyler Thompson, Jaclyn Thompson, Rachel (Kirby) Gowen, Adam (Rika) Miller, Shelley (Chad Peterson) Miller; great-granddaughter, Lindsey Peterson; sister, Lois Hammelman; sister-in-law, Shirley Frank; brother-in-Law, Wesley Frank; and many nieces, nephews, relatives and friends.  A Funeral Service was held on Thursday, March 2, 2017 at 11 am at Redeemer Lutheran Church 1097 Scott Road  Burkhardt, WI.  Visitation was held on Wednesday, March 1, 2017 from 4-8 pm at the Bakken-Young Beebe Chapel 112 W 3rd Street New Richmond, WI and on Thursday from 10-11 am at the church.  Interment was in Boardman Cemetery in Boardman, WI.  Arrangements are with Bakken-Young Funeral & Cremation Services Beebe  Chapel of New Richmond.