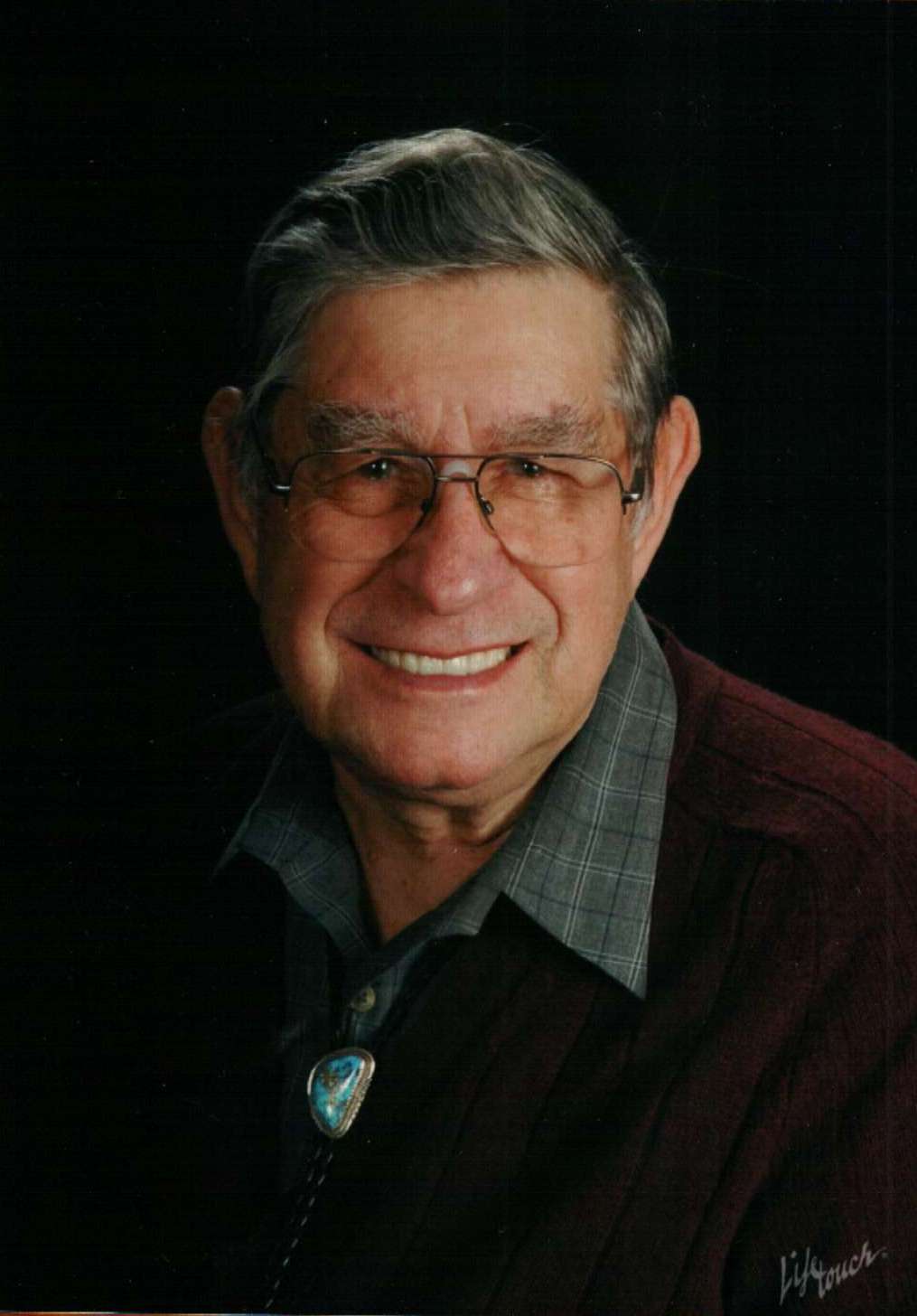 Leo Anton Richert age 84 died Sunday, January 26, 2014 at the Christian Community Home in Hudson.  He was born December 21, 1929 in Afton, MN at the home of his parents, Anton and Helen Richert.  He was the oldest of five children and the first grandchild of his beloved grandparents, Christian and Sophie Lewerer.  He lived with these grandparents during his first years in school.  They were his greatest role models of Christian faith.
Leo’s formal education ended after the eighth grade because his father became disabled, and Leo took over the main support of his parents and siblings for the next eleven years.  At fourteen, Leo began driving the milk route his dad owned, loading heavy cans of milk from farms on the route, driving them to the creamery, unloading and returning empty cans to farms by noon.  Every day, for three years, through all kinds of weather.
Leo met Carol in March of 1954 at a dance at the Prom Ballroom in St. Paul.  They were married June 18, 1955 at a church in Afton.  As a wedding gift, Leo’s grandparents, Christian and Sophie, gave the couple an acre of land adjoining their farm.  Leo and Carol built a home, doing a lot of the work themselves, and still live there today.  It sets beside the one room school that Leo attended as a child.

Leo and his dad had started a plumbing and heating business and after his marriage, Leo bought the business from his father.  Together, Leo and Carol grew that business into the successful mechanical contracting firm Lee Richert Plumbing and Heating, Inc. situated at the intersection of Old Highway 12 and County Road 71, that business closed in 1982 because it sat on land that was in the right of way of upgrading Highway 12 into I-94.
So, Leo went back to school to earn his high school diploma and his real estate license for MN and WI.  He retired from that career after seventeen years as an award winning realtor.  Leo and Carol are the parents of five children.  Neil John who died in 1982, Colleen (Steven) Roller, Kathleen Richert, Joseph who died as a baby in 1962 and Robert (Jodi) Richert.  They are grandparents of two grandchildren, Christopher Roller and Emily Roller.  He called Carol his angel and he loved his children and grandchildren with a passion.
Loving to travel, Leo and Carol toured the British Isles and Europe, New Zealand and Australia.  Leo loved to fish, so camping was a natural.  Visiting every state and joining RV caravans to Alaska and the Canadian Maritimes plus an amazing trip through Mexico’s Copper Canyon and up the Baja Peninsula.  Leo said, “If you can drive an RV on Mexico’s roads you can drive and RV anywhere!”
Leo liked to grow things: fruit trees, grapes, berries, every variety of vegetables and flowers.  He also kept honey bees.  When he wasn’t working in the gardens, he was sitting in a lawn chair admiring the garden.  Kathleen inherited his love of gardening and Emily carries on this love.
Leo loved music, he played the accordion.  He always supported Colleen and Robert in their music.  Leo was a man of God.  When he was confirmed he gave his heart and soul to Jesus.  There was never any doubt what he believed.  He wanted to be a husband and father, he was serious about the responsibility of being a Godly leader of his family.  The couple joined Trinity Lutheran Church in 1983.  Leo was steadfast in support of his church, working with his time, energy and money.  Serving on the stewardship committee was very meaningful to him.  His favorite mission was working at Feed My Starving Children.  His family will miss their husband, father and grandfather so much and will love him always.  They look forward to the day when they shall see him again in God’s heaven.  John 11:25,26 Jesus said, I am the resurrection and the life: he that believeth in me, though he were dead, yet shall he live: and whosoever liveth and believeth in me shall never die.
A memorial service was held Saturday, February 15, 2014 at 11:00 am at Trinity Lutheran Church (1205 6th St.) in Hudson, WI.  Visitation was also Saturday from 10-11 am at church.  In lieu of flowers, memorials may be given to Feed My Starving Children and/or Trinity’s Ministry “We Do Feet”.  Arrangements are with Bakken-Young Funeral & Cremation Services of Hudson.