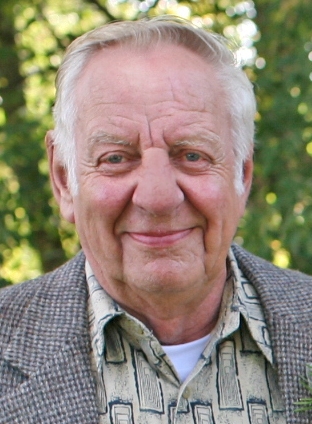 Larry S. Johnson age 73 a lifelong resident of River Falls died suddenly Thursday, July 28, 2011 at the River Falls Area Hospital.  He was born the son of Harry and Agnes (Carlson) Johnson on October 29, 1937 in River Falls.  Larry graduated from River Falls High School and on May 3, 1958, he married Bonnie Reis.  They were married for 44 years before Bonnie’s death in 2002.  For 25 years, Larry was a custodian at River Falls middle school.  He believed that you work in town and you spend your money in town.   In his spare time, he enjoyed his hobby farm and hunting.  Larry especially enjoyed fishing the Kinnickinnic.  His love for working on cars has been passed down to his sons and his grandsons.  Larry was a strong family man and would check up on everyone, even if it was just driving by their house.  Finally, Larry had many coffee friends and enjoyed his “coffee clutches”, meeting two times a day.   He will be missed at many coffee spots throughout town.  He is preceded in death by his parents; wife, Bonnie; brothers, Donald, Alan and sister, Beverly Hanson.  Larry is survived by his children, Michael (Kasey) of Woodbury, MN, Mark (Mary) of River Falls and Penny (Troy) Malmer of River Falls; grandchildren, Josh Johnson, Matt (Annie) Johnson, Jesse (Maria Pfuehler) Johnson, Candace (Jesse Getzie) Johnson, Holly (Ryan) Pace, Jake Malmer; great-grandchildren, Macy Getzie, Greysyn Pace, Reese Johnson; sister, Joyce (Bill) Greer; brother-in-law, Roy Hanson; and sister-in-law, Sharee Johnson.  A memorial gathering was held Friday, August 5, 2011 from 3:00-6:00 pm with a memory sharing service at 6:00 pm at Bakken-Young Funeral Home in River Falls.  Private interment was in Kinnickinnic Cemetery.  Arrangements are with Bakken-Young Funeral & Cremation Services of River Falls.