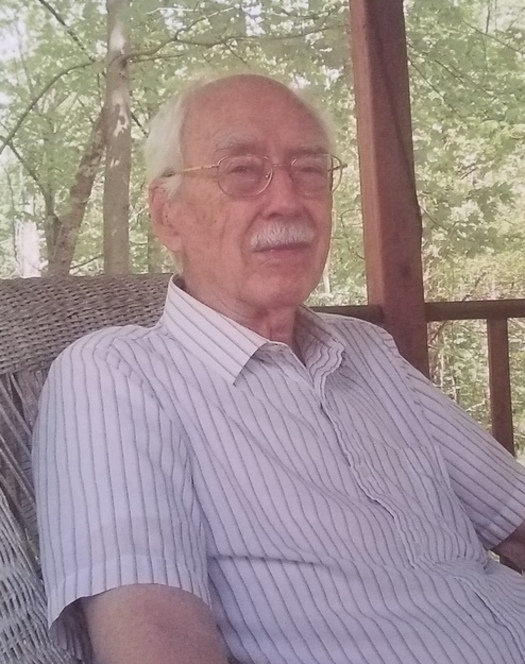 L. George Badman: Age 98 of Hudson, WI.
A good man died Monday, June 19, 2017, at Hudson Hospital. Born November 6, 1918 in the Town of Wheaton, in Chippewa County, WI. He attended rural Sunnyside School until graduating from Chippewa Falls High School in 1936. He graduated from Eau Claire Teachers College. He married rural schoolteacher Marie Mortensen on June 7, 1941. During WWII, George served stateside for the US Army, where he taught soldiers to read and was a medic. He later entered an army graduate course in engineering at the University of Wyoming-Laramie. After honorable discharge from duties as acting corporal for the army, he earned an M.S. from the University of Wisconsin-Madison. George taught math and English in several small towns in Wisconsin before spending the bulk of his career working as an electrical engineer at several US companies. He retired from working as a civilian employee of the US Navy at Univac, St. Paul, MN, in 1981.
George and wife Marie (long-time Hudson, WI, school teacher) enjoyed traveling the world, finding relatives in England and Denmark. They enjoyed retirement by spending summers with family and friends at their North Hudson home or at their White Ash Lake, WI cottage. The couple spent winters at their Bonita Springs, Florida, home, where George could garden year-round. George was an accomplished carpenter and “fixer” who could usually be found in his workshop. He was a reciter of poetry, had a song for any occasion, and came up with a groan-worthy pun far too often. He was a devoted family man, loyal friend, and true gentleman of a bygone era. Thoughtful to the end, he stayed with us for one last Father’s Day.
Preceded in death by his wife of 65 years, Marie, in 2006, sister Lulu (Badman) Taylor, and parents Lloyd and Margaret (Lynn). Surviving are George and Marie’s four children, David (Paulette) Badman of Poolesville, MD, Diane Cornell of Hudson, Shirley Flottum of Monrovia, MD, and Kathryn (Mark) Dopkins of Ellsworth, WI; two grandchildren, Lynn Cornell of Rochester, MN, and Wesley Dopkins of Remseck, Germany; a nephew and several nieces.
A Memorial Service was held on Saturday, July 8, 2017 at 3 pm at the Bakken-Young Funeral Home 502 3rd Street Hudson, WI.  Visitation was also Saturday from 2-3 pm at the funeral home.  Interment was in Rumrey  Cemetery in Chippewa County, WI.  Memorials preferred to donor’s favorite charity.  Arrangements are with Bakken-Young Funeral & Cremation Services of Hudson.