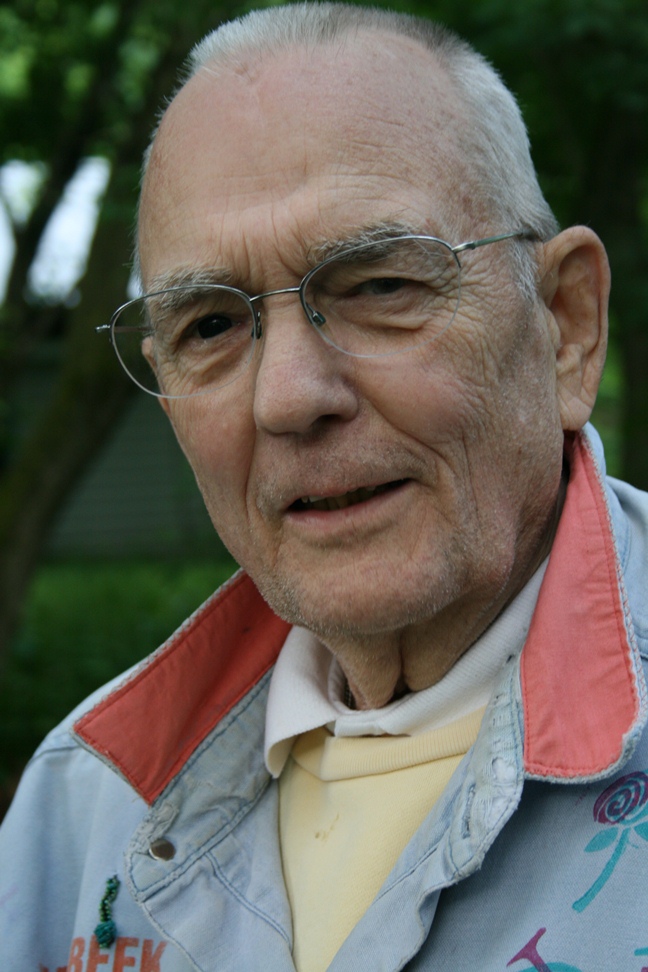 Kurt Louis Wild age 79 of River Falls died Tuesday, July 12, 2011 at United Hospital in St. Paul.  Born November 22, 1931 in Milwaukee Wisconsin, Kurt received his Bachelor of Science in Art Education from the University of Wisconsin-Milwaukee.  He served in the U.S. Army from 1954 to 1956 and went on to teach high school art and industrial arts in Clarkston, Michigan.  Kurt attended Cranbrook Academy of Art in Bloomfield Hills, Michigan from 1958 to 1960, majoring in ceramics.  He received his M.F.A. from Cranbrook in 1960 and the same year joined the faculty at the University of Wisconsin-River Falls.  He was hired to help implement the new art major and set up the first clay and metal studios at UWRF.  Later he helped create Gallery 101. He was claywork instructor for 33 years.  Kurt served as chairman of the Art Department from 1967 to 1970, when he was appointed Assistant Dean of the College of Arts and Sciences.  He held that position until 1974 when he returned to full-time teaching.  He retired from UW-River Falls in June 1993 but continued claywork in his home studio the last 18 years.  Kurt won over twenty-five prizes and honors for excellence in over sixty exhibitions.  His clay work is included in private collections in this country and abroad as well as the permanent collections of the Milwaukee Art Center, University of Wisconsin-La Crosse and Southwest State University, Marshall Minnesota. He has written for Ceramics Monthly and Leon Nigrosh’s book Low Fire.  During his career Kurt received three university grants, a faculty sabbatical leave grant, and was named “Outstanding Teacher of the Year in the Humanities” for 1991. He was highly regarded for his abilities as a teacher, especially his honesty in working with students.  A special accomplishment of Kurt’s was administrating the summer program at Pigeon Lake Field Station where he gave  thousands of people the opportunity to have unique clay firing experiences  and to participate in an array of art classes and workshops.  Kurt is survived by his wife of 53 years, Ruth (Goss); children Laura (Mark) Osberghaus of River Falls, Erik (Paula) Wild of Belo Horizonte, Brazil, Joanna (Mike) King of Rochester, Minnesota, Alys Wild (Jeff Morgan) of Flat Rock North Carolina; grandchildren Susanna, Kirsten and Andrea Osberghaus and Helena Eterovick Wild; brothers Mark (Karel) of Pismo Beach, California, and David (Elena) of Milwaukee, Wisconsin. Services are private.  Memorials preferred to UW River Falls Scholarship Foundation for the Kurt and Ruth Wild Scholarship.  Arrangements were with Bakken-Young Funeral & Cremation Services of River Falls.