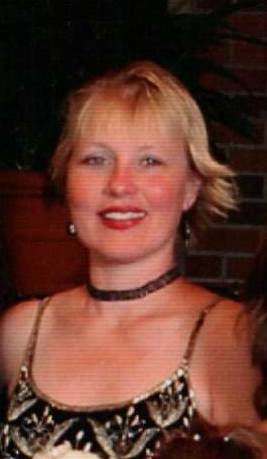 Kris Lynn Abrahamson was born on October 24, 1964 the daughter of Bernie Abrahamson and the late, Peg Abrahamson.  After a courageous battle with her medical conditions, Kris passed away on February 13, 2015.  Kris was best described as a personable, high achiever who was extremely successful as a student and then in business throughout the remainder of her life.  In high school she was a member of the National Honor Society and graduated near the top of her class.  She was also a member of her high school state gymnastic team.  Her specialty was the balance beam.  She earned her under graduate degree from Gustavus Adolphus and her Master’s Degree from St. Mary’s.  She continued her education by earning credits through an extensive program of professional growth.  She was a committed advocate in educating the public about diabetes.  In her professional career, she established two businesses as a Clinical Psychologist and an owner of several properties.  Kris was interested in cultured events and activities.  She found a great deal of satisfaction in reaching out to help people.  She particularly enjoyed family gatherings.  It was very special to her when her nieces and nephews were present.  She also enjoyed an unusually warm relationship with her three sisters.  She leaves to mourn, her father, Bernie; step-mother, Nancy Abrahamson; three sisters, Kelly (Paul) Cuta, Kim (Dave) Anderson and Kari (Fernando) Flores.  Her special nieces and nephews, Carley and Lexi Cuta, Loghan and Janse Anderson, Hunter and Walker Flores; and also, Eli, Ayla, Blake and Gabriella.  She was preceded in death by her mother, Peg; grandparents, Louis and Lillian Primus, Roy and Dora Abrahamson; and cousins, aunts and uncles.  A Mass of Christian Burial was held Sunday, February 22, 2015 at 2:30 pm at St. Bridget Catholic Church in River Falls with Fr. Gerald Harris, officiating.  Visitation was also Sunday from 1:30-2:30 pm at the church.  Private interment was in Greenwood Cemetery.  Memorials may be designated to the: Kris Abrahamson Scholarship Fund.  An award to a student who embodies an unbroken spirit and has shown great perseverance.  Memorials C/O River Falls State Bank; 124 S 2nd St. River Falls, WI 54022.  Arrangements are with Bakken-Young Funeral & Cremation Services of River Falls.